Monastery-Fortress Khor Virap is located near Lesser Vedi village of Ararat region; on a hill.
According to Agathangelo, during times when Christianity was rejected in Armenia, king Trdat the Third throws Gregory the Enlightener into the pit of royal prison, where he spends 13 year. A widow fed him, every day secretly throwing a loaf of bread into the pit. After st.Gregory saved the kind from an incurable disease, Trdat the third let him free. As soon as st. Gregory got freedom, with the king’s support, he declared Christianity as official religion in Armenia.
In 642 catholicos Nerses G Tayetsi founded st. Gregory church on the the pit; its structure has similarities with Zvartnots temple. The steep stairs (now steel) on the right side of the main altar lead to the cellar, where the pit of 4,4m diameter and 6m height is located; it has fluted domed cover. During cleaning the thick secular layer of soil a crypt with a priest’s body was found under the pit (probably it is Nerses Tayetsi’s crypt), which was, though, untouched and covered with soil again.
From the 13th century, being a sanctuary, the monastery became alarmenian cultural and educational center as well. In 1255 Vardan Areveltsi founded a high school here, which prominent disciples are Esai Nshetsi, Hovhannes Erznkatsi, Gevorg Skevratsi, Nerses Mshetsi and others.
In the 16th century constructions of the monastery were damaged because of the hard political and economic situations. In 1666-1669 David Virapetsi built the protective walls and restored all the constructions of the monastery.
In 1703 full restoration of the main st. Astvatsatsin (Holy Virgin) church was completed. In the end of the 19th century the belfry on four decorated columns was added to the Western front of the church.
In the Western part of the monastery “Oteats Khach” sanctuary is situated, where, according to the legend, apostles Thaddeus and Bartholomew met.
Every year in June Armenian Apostolic Church celebrates one of the main holidays “St. Gregory’s deliverance from the pit day” and “St. Gregory’s commitment to the pit day” in March. Celebration of Khor Virap takes place on the Sunday following the Eater Sunday. 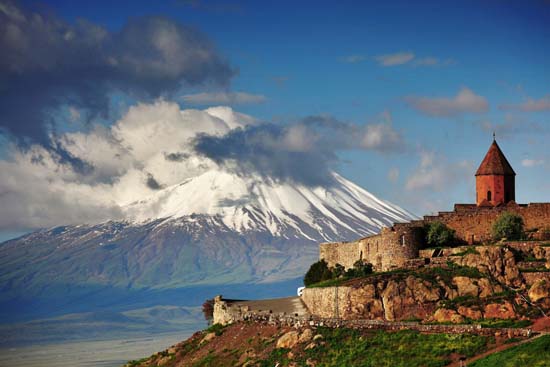 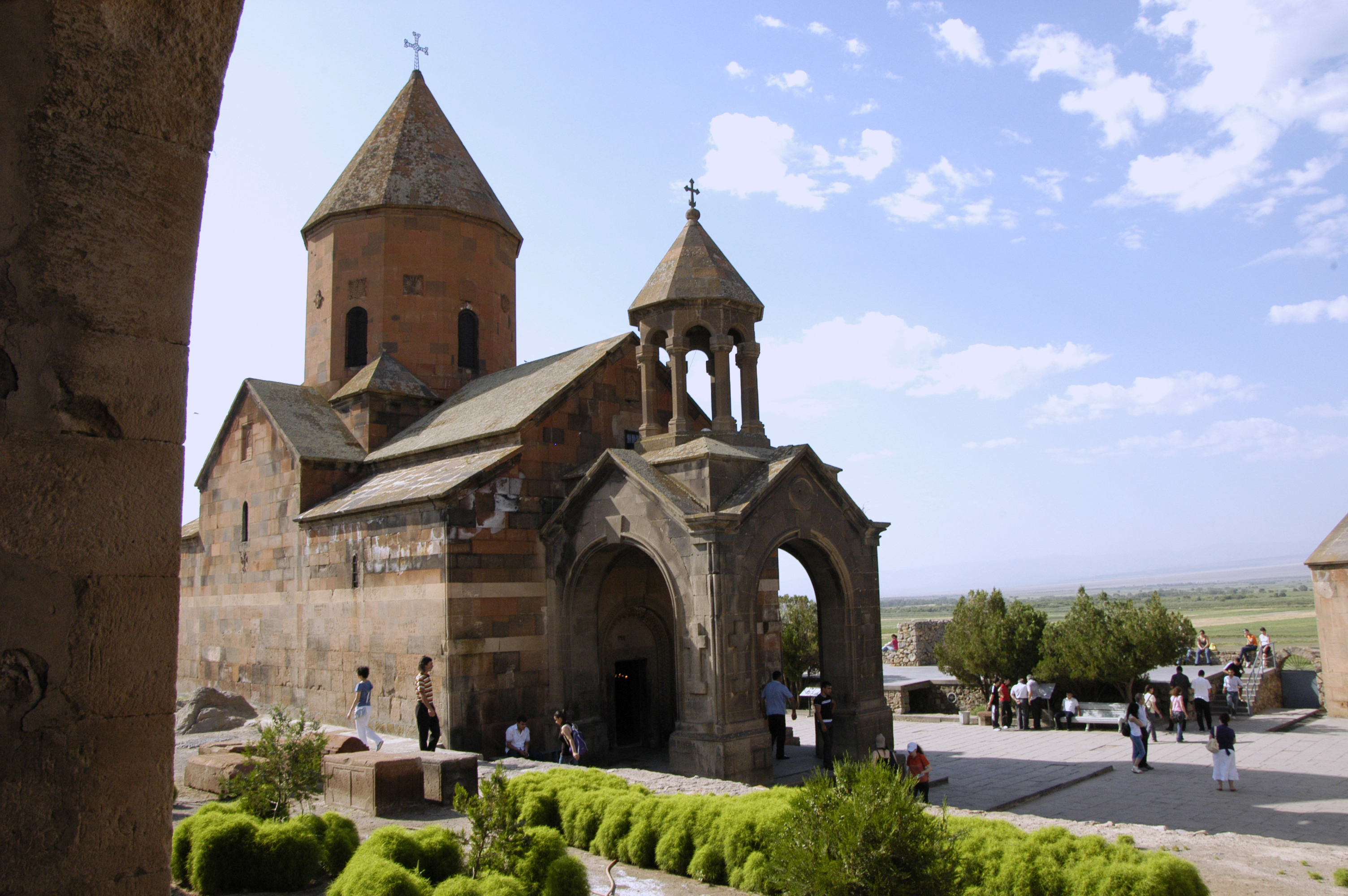 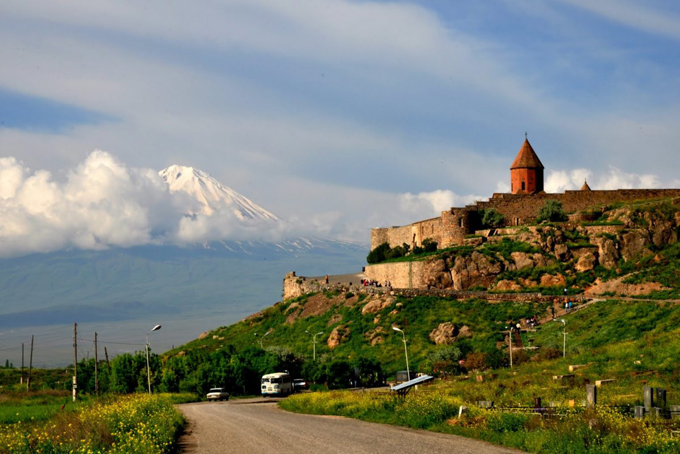 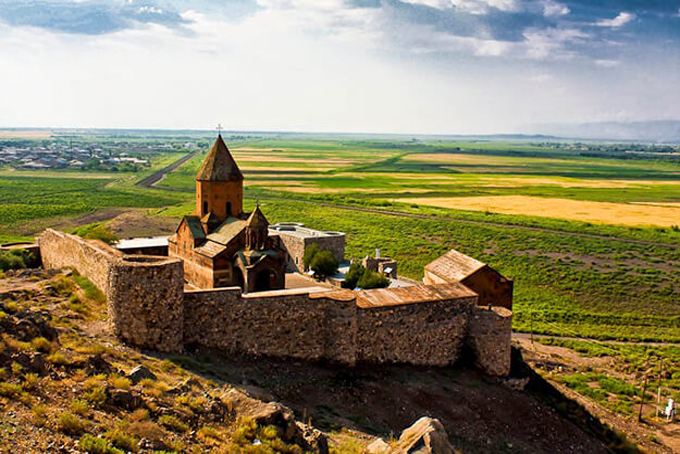