One of the Armenian kings, Khosrov II Kotak decided to plant a forest on the Southern slopes of Geghama Mountains in the IV century. He bred the forest with various animals and birds and made it a royal chase. Today, “Khosrov Forest” Reserve is situated in the same territory in the basins of rivers Azat and Vedi. For many centuries Khosrov Forest has been mentioned in the history of Armenia as a noble chase – main entertainment place for the Armenian kings. In spite if its small territory of about 30000 hectares, the state reserve can be proud of a unique biodiversity of plants and animals. Forested and semidesert landscapes of Armenian nature are presented here with unique symbiosis of their flora and fauna.
More than 1850 species of plants are grown in the territory of state reserve, which makes more than 50% of the flora of Armenia. The main plants of the treasury of “Khosrov Forest” are the juniperus and oak forest, and of course, steppe wormwood. Luxuriant landscapes and flora of the whole territory of not only reserve but also that of the region create favourable environmental conditions for the preservation of diversity of fauna. Steep slopes and the flowery glades of the forests are considered to be the settlement of Armenian endemic species, such as Armenian brown bear, bezoar goat that are registered in the Red Data Book of Armenia. In the forest-reserve you can meet also such unique and beautiful animals as Asian panther (Panthera pardus ciscaucasica) and leopard living in deep canyons and shrubberies. As you see, the flora and fauna of the reserve are very rich and there are unique species that are worth to see. In general, the 70% of the animals, registered in the Red Data Book of Armenia, dwell here. Most of them are in danger of disappearing and are registered in the International Red Book, such as Armenian Mouflon (wild sheep) and an amazing hedgehog with large ears.
Talking of the treasures of “Khosrov Forest” we should mention also historical memorials, monuments and natural obelisks: cave settlements, ancient medieval monasteries, cross-stones and churches. “Khosrov Forest” reserve is a perfect travel destination for scientific, cognitive and eco tours, as well as pilgrimages. Next to all wonderful centuries-old monasteries there is a holy place for pilgrimages – Saint Stepanos Church which for many centuries has been a sanctuary for millions of people.
Now about the main attractions of the “Khosrov Forest” reserve. For expeditions the most exciting peaks are Khosrov reserve’s falls, and of course, “Symphony of Stones” – the miracle of the gorge of Azat River. This monument of nature, called “Basalt Organ” is a massive rock structure formed by basalt hexagonal pillars due to the frozen flows of lava. These huge rocks have a look of the organ, that’s why people are used to call it “Basalt Organ”.
In the territory of the reserve you are to have a wonderful walking tour during which you will see the other miracle of the region – 2 wonderful waterfalls. People call the waterfalls by the names of beloved pagan gods of ancient Armenian mythology – goddess of love and beauty Astghik and god of war Vahagn because, as the legend says, the goddess used to take bath in these falls. And the last cozy sight of the reserve is “Lonely tree” that welcomes the visitors to have a rest under its dense branches. 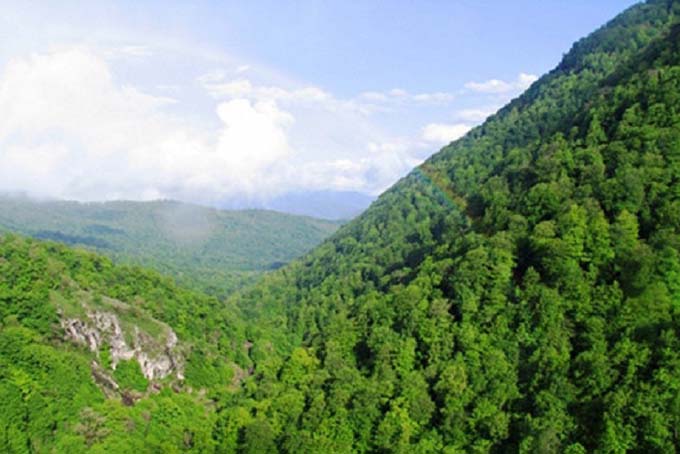 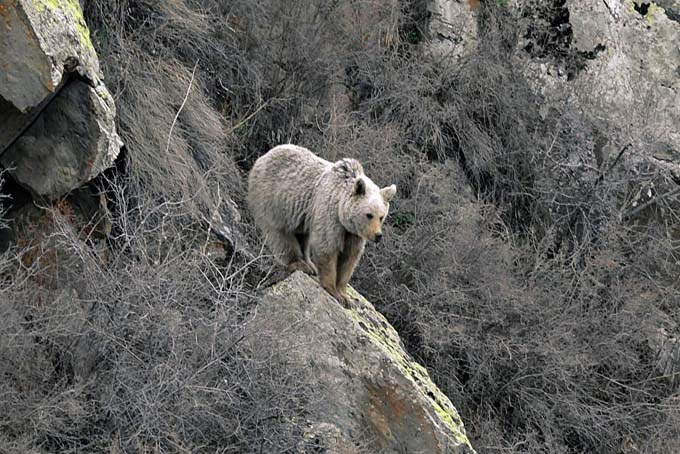 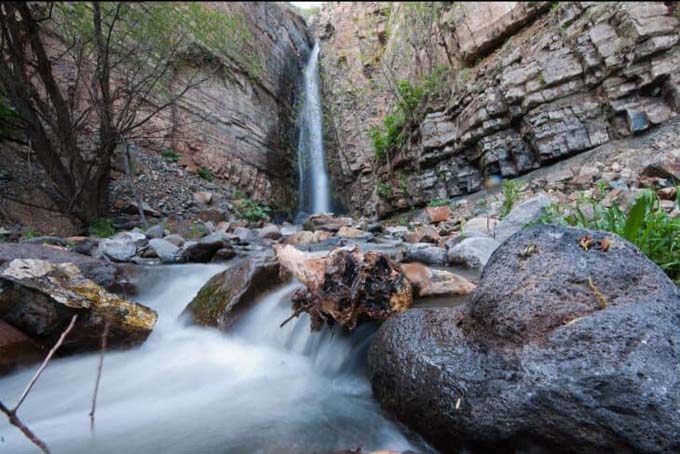