The Holy See of Echmiadzin is the main religious construction of Armenian Apostolic Church, one of the unique architectural monuments of early Christian period; its architectural solutions became the basis for building of many Armenian churches.
According to the legend, Gregory the Enlightener, who was preaching Christianity in Armenia, had a dream of Jesus Christ coming down from heaven with a hammer in his hand and hitting on the place, where a pagan temple was located. Gregory the Enlightener told his dream to king Trdat (Tiridate), and he ordered to build a temple on that spot and call it Echmiadzin (Only begotten came down).
The temple was built in the beginning of the IV century after adoption of Christianity as state religion in Armenia. The building is situated on the place of a pagan temple, the foundation of which is under the main altar.
At first the church had basilica style, but in 480 Duke Vasak Mamikonyan rebuilt it; the temple got crossed layout with a dome, based on four separate columns.
The painting work in the Holy See is done by Naghash Hovnatan (illustrations on the upper part of the dome and Holy Virgin’s depiction on the inner marble of the main altar are preserved). Periodically Harutyun and Hakob Hovnatanyans worked for the Holy See. The main elements of the interior of the building are painting and machine tool works by artist Naghash Hovnatan. He depicted saints, priests, other thematic illustrations.
There is a museum in the building of Holy See, where different works of Armenian spiritual art, manuscripts and other artworks are kept. Here there are also collections of coins, carpets, paintings and other valuable materials. One of the treasures of the museum is Geghard (which Jesus Christ was pierced with) and a remnant of Noah’s Ark.
The temple was rebuilt in 7th century by Komitas and Nerses G Catholicoses; in 17th century the belfry was constructed and in the 18th – the The Treasury Museum of Echmiadzin. 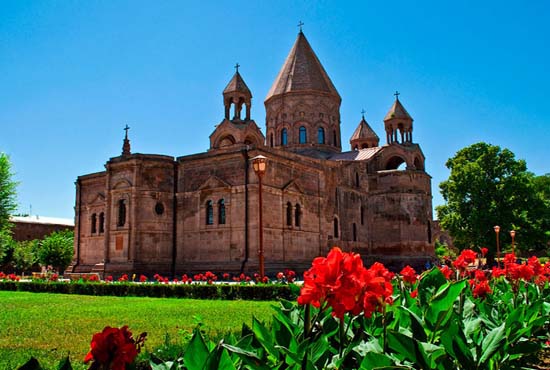 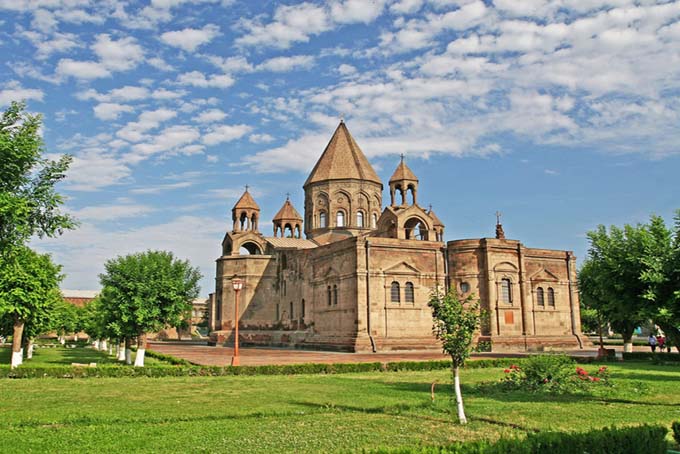 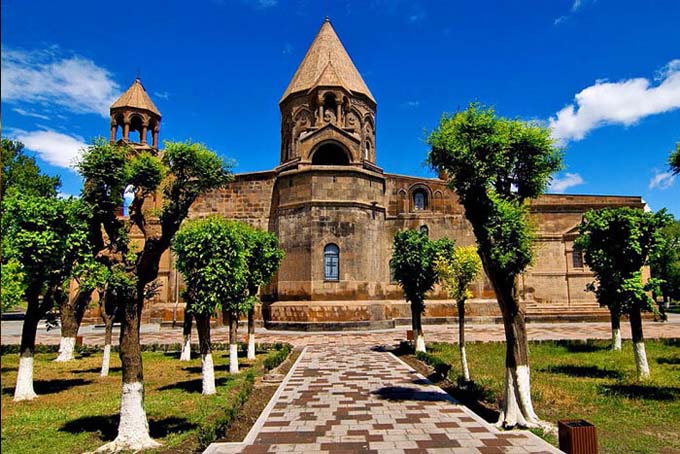 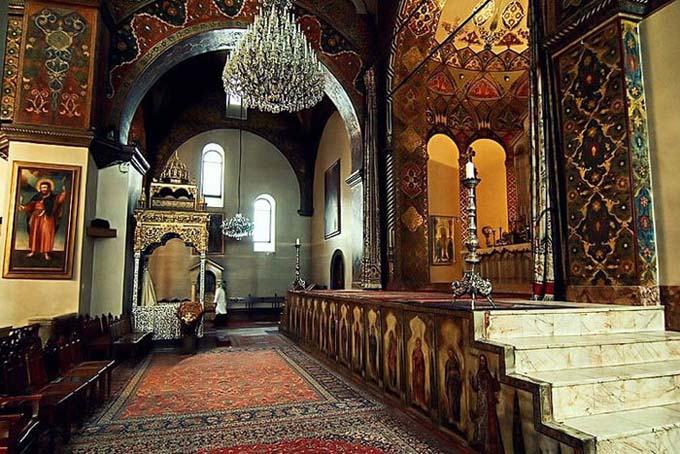 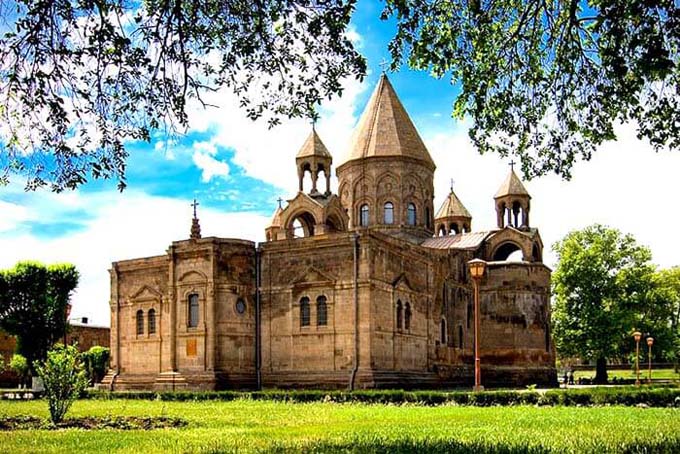 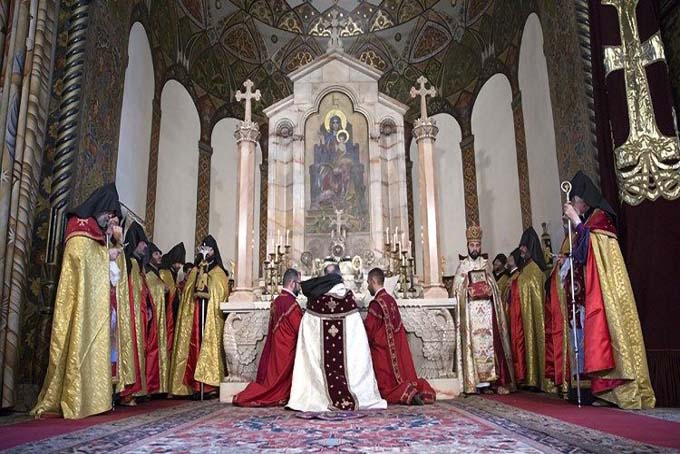