Sardarapat Memorial is dedicated to the battle against Turks-invaders in Sardarapat in May of 1918.
After October Revolution of 1917 in Russia, Russian troops left Eastern Armenia and Caucasian Front. Taking the opportunity, Turkish government planned to conquer not only Western Armenia, but Eastern Armenia and Transcaucasia as well. Sardarapat battle is one of the brightest pages of Armenian liberation struggle. The victory during Sardarapat battle was achieved at the cost of the heroic struggle of army units and militias, under the great leadership of Armenian generals.
During Sardarapat battle Armenian martial arts of immemorial times were clearly expressed. Representatives of all the sectors of society participated in the battle: peasants, intelligentsia, spiritual leaders, craftsmen, Armenian officersl, serving in Russian Army, all the political parties; all the conflicts were forgotten. Special role was played by Armenian women, who delivered food and ammunition to the soldiers and served as nurses. Due to the won victory most of Eastern Armenia was saved; it was possible to create Armenian statehood: In 28th of May 1918 The Republic of Armenia was proclaimed.
At the exact place of the battle the memorial was constructed. It consists of winged bulls and victory bells. “Belfry” (35 m high) is the dominant of the memorial composition. Its composition is completed by 4 towering pillars, bells, hanging in three rows. Those bloody days, the bells were ringing for six day, calling people for battle. The bells were heard on the whole Ararat Valley.
On the left side of the memorial, on a small plateau, the building of Ethnographical Museum of Armenia is built; it was constructed by a well-known Armenian architect R. Israelyan. With its idea and location the museum completes the memorial. 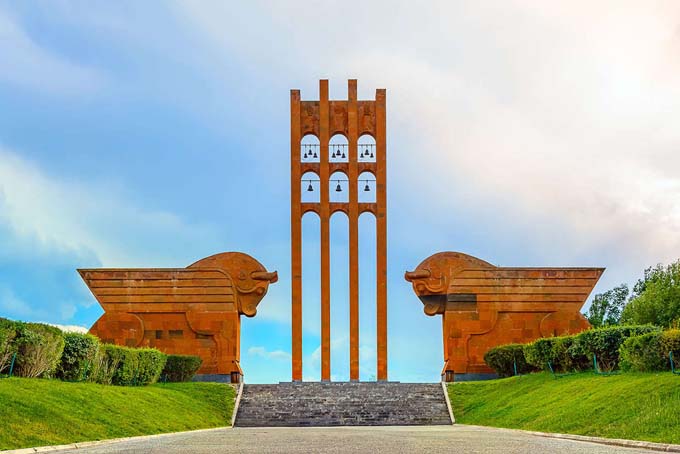 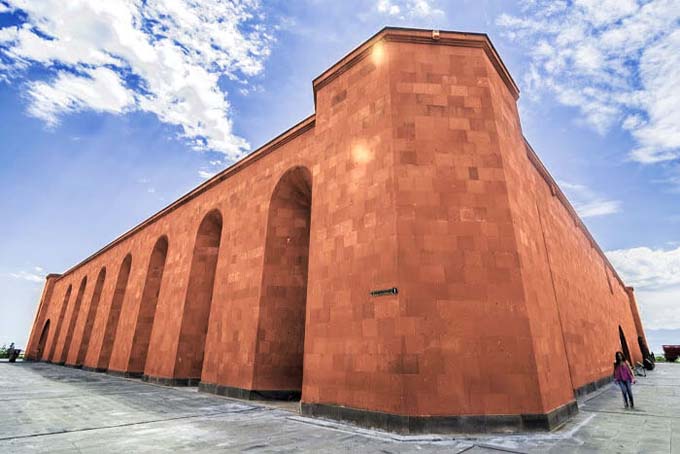 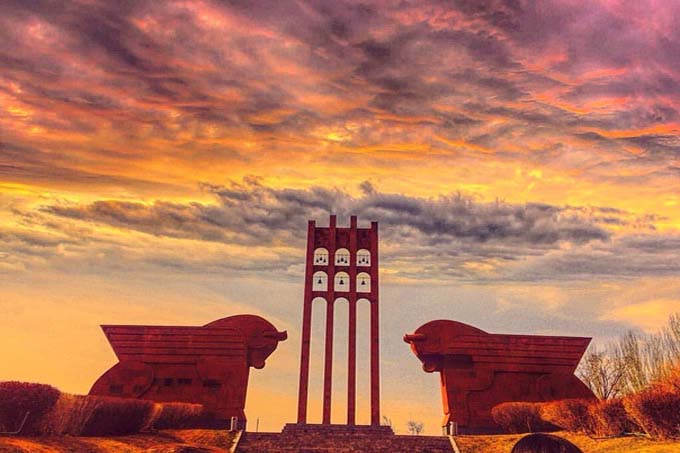 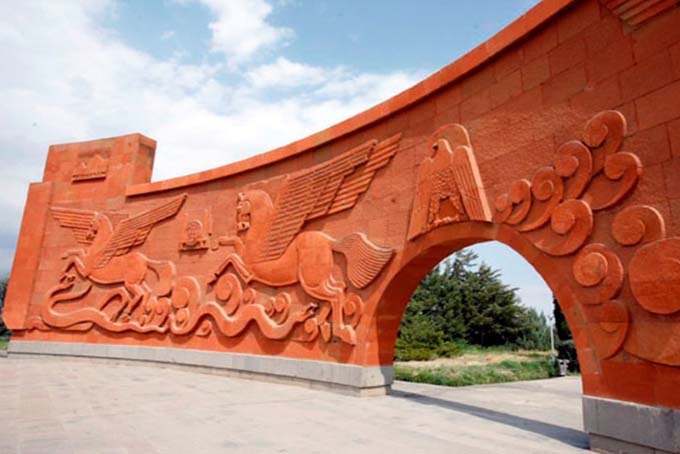