The Metsamor Fortress-Settlement (III millennium BC) is near Lake Akna. It is located 8 km North-East of Echmiadzin. The history of the city, fortress and temple of Metsamor discovered on the Big and Little hills dates from ancient times. The large metallurgical and mining complex has no equal in its mining and casting dimensions in the Ancient East, It operated at the junction of international caravan roads.
Many foreign scholars have regarded the Armenian Highland as the heart of the Bronze Age, The famous English archaeologist H. Chiide called Armenia ‘the cradle of metallurgy.’ He thought that the native Armenian tribes took copper and the technique of its processing to Assyria, Babylon and Egypt.
The manufacturing and worship buildings, houses and the overall archaeological materials of the fortress-settlement testify to the high level of casting, crafts, construction and culture. Numerous rock structures, the oldest kilns in the world, briquettes made of clay and grinded bones to accelerate the process of lead-melting, moulds of metal and machines for grinding stone, pipes, heavy pieces of bronze and samples of metal slags were found here. The scholars set an experiment: they enriched the mineral layer and obtained condensed minerals. Millennia later, the ancient ‘enrichment’ factory became operational.
According to the archaeologist E. Khanzadyan, Metsamor was populated in the period between VI millennium BC and XVIIT c. In the early ton Age (XI-IX BC), it was a city surrounded with the River Metsamor and artificial dams. Its natural impregnability was supplemented by defence structures. The Kingdom of Van conquered Metsamor, burned and destroyed it. However very soon life was once again restored here.
The tomb field is situated 500 m to the east of the citadel towards the southwest. Large stone tombs filled with gold, silver, bronze and tin items cornelian, amber and glass beads, clay pots made of colour glaze and ceramics decorated with hunting scenes have been excavated. They are the eloquent evidence of diverse crafts, mainly jeweler’s art and metal-working mirroring the technological innovations of the time. Famous among them is the onyx frog – a Babel weight with a cuneiform inscription (XVI BC) and the cylindrical seal made of cornelian with an Egyptian inscription on it. They have no par in the world. The inscription on the weight is the oldest among the written monuments in the territory of the CIS countries.
Noteworthy are the astronomical findings. An ancient observatory with 7 observation grounds and a temple-altar with 7 columns of different dimensions, corresponding to the number of 5 visible planets plus the sun and the moon, have also been discovered. The goniometer engraved in a stone accurately reflects the directions – North-South and East-West. Research has shown that it was here that the birth of Sirius – the brightest star – was observed in 2800-2600 BC. The birth of the star was linked to the start of the New Year and worshipped as such. The bronze belt-calendars of Metsamor are unique maps of the northern vault of heaven and the oldest from among the old maps of the world. The 2 bronze belts depict fantastic deities – winged lions with human heads, war chariots, horsemen, horses, bulls and mate and female lions. In between, one can find the Sun and the Tree of Life succeeding each other in a fixed order. Belts were used as calendars. The observatory, belt calendars and the temple-altar mark the beginning of the Armenian science of the calendar. This is testified by the Armenian floating calendar from 2492 BC (fixed since 1084).
The powerful culture of Metsamor, which encompasses the Early, Middle and Later Bronze Ages as well as the Early and Middle Iron Ages developed on the Armenian land as a period of the history of Armenians.
ANPP, the only power plant in the region, is situated near the town of Metsamor. Its first power-unit became operational in 1976 and the second -in 1980. After the disastrous Spitak earthquake the ANPP was shut down. In 1995, the second unit restarted operation. At present, only one unit produces electricity (410 000 kW). In 2003, the ANPP was handed over to the Russian Federation for trusted management. 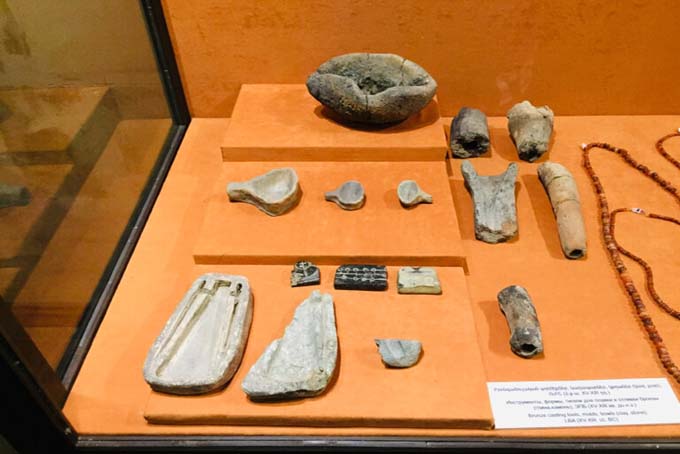 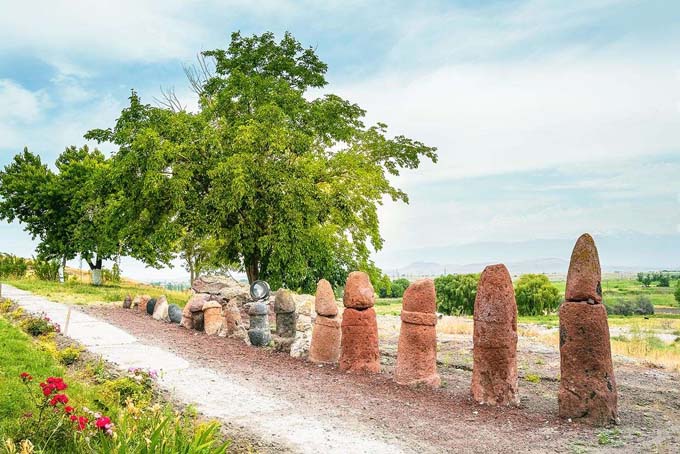 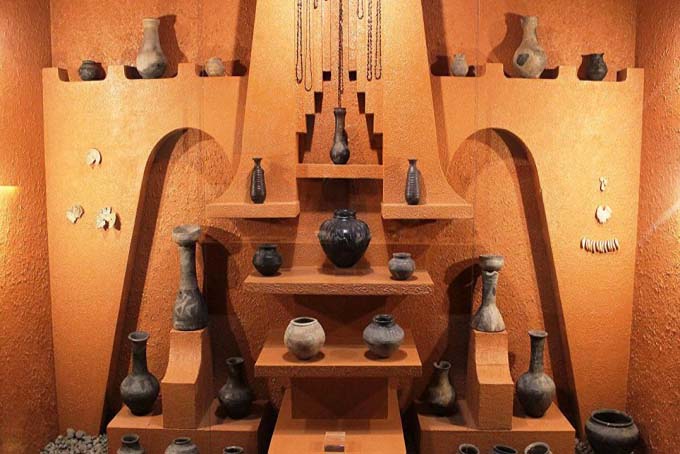 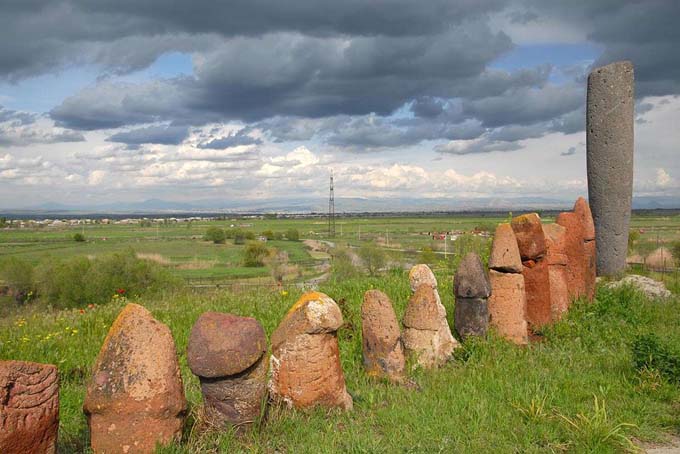