“Zvartnots” complex, located not far from Vagharshapat, is of unique value; it consists of Zvartnots temple, and catholicos’s palace, situated nearby.
This wonderful complex was built in 641-661 by Nerses III Shinogh’s order, who got nickname “Shinarar”(Builder) due to his construction activity.
“Zvartnots” was founded on the path, where king (Trdat) Tiridate met Gregory the Enlightener, visiting Vagharshapat, and it is supposed, that Nerses III built temple after st. Gregory to commemorate this exact event. Part of his relics is preserved in the temple. Nevertheless, the temple is known more as “Zvartnots”, because it is dedicated to angels’ joys. So, “Zvartnots” literally means “Angels meeting”.
“Zvartnots” was standing until the end of the Xth century. In the beginning of the XXth century ruined “Zvartnots” was under thick soil layer. According to the excavated materials, before the erection of this temple, there were constructions of IV-V cc here. It is supposed, that on the place of “Zvartnots” temple of god Tir (god of science and education) stood. During excavations, the temple, catholicos’s palace, the South-West of it, additional constructions (bath, cells and so on), graves, household items as well as church ruins and stone winery (near the ruins, in South-Eastern part) were found on the spot.
“Zvartnost” had its influence on Armenian architecture as a whole; this is a unique compound of Armenian constructing practice, sculpture, decorative art of early Middle Ages. Yerevan Opera House building has many similarities with “Zvartnots” temple.
Since 1937 there have been many open and close exhibitions in the territory of the museum-reserve, which is aimed not only to represent history and architecture of “Zvartnots”, but to give people a particular knowledge about the origins of Armenian architecture, its traditions, and, of course, its role in history of Armenian culture. 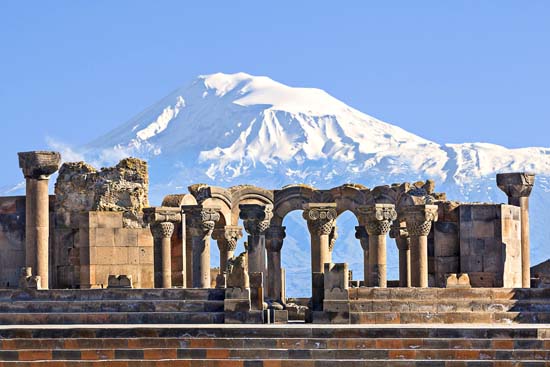 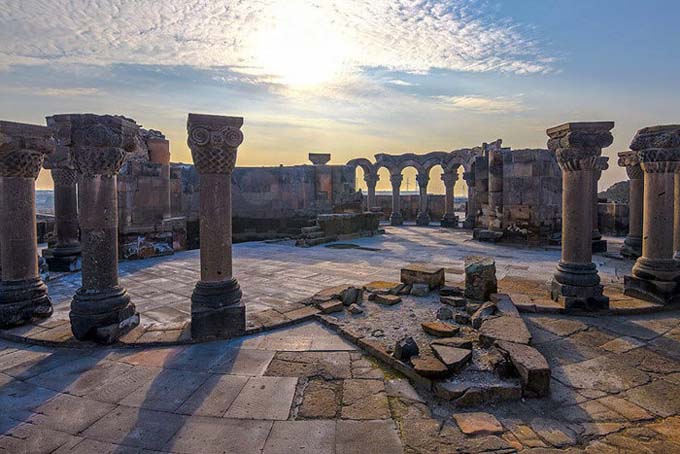 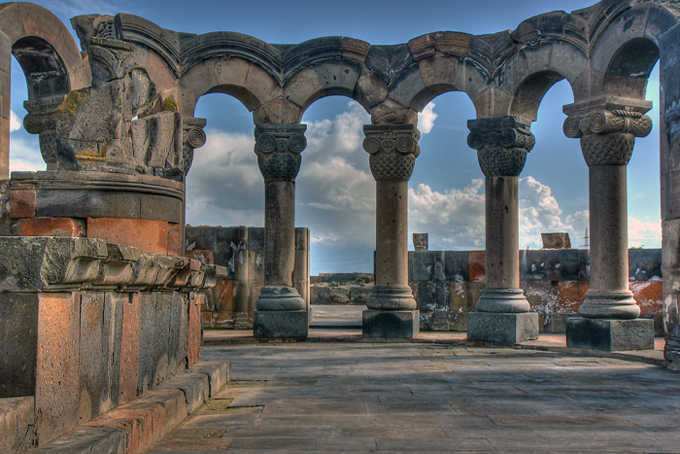 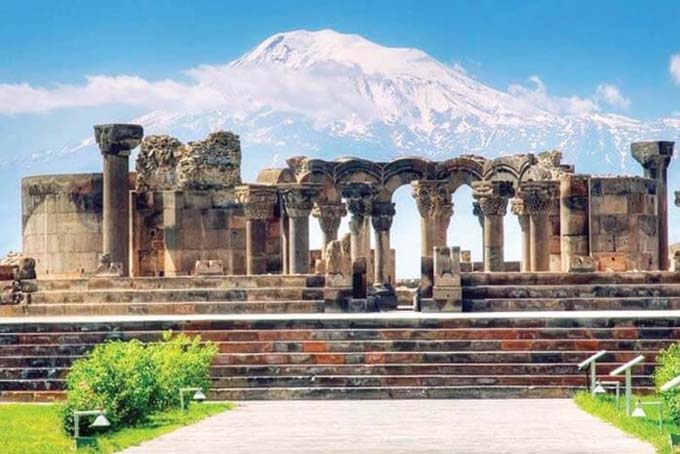 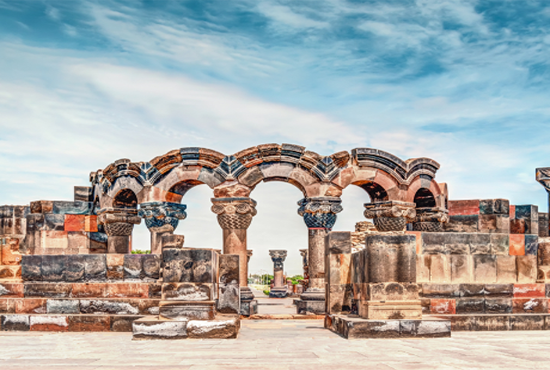 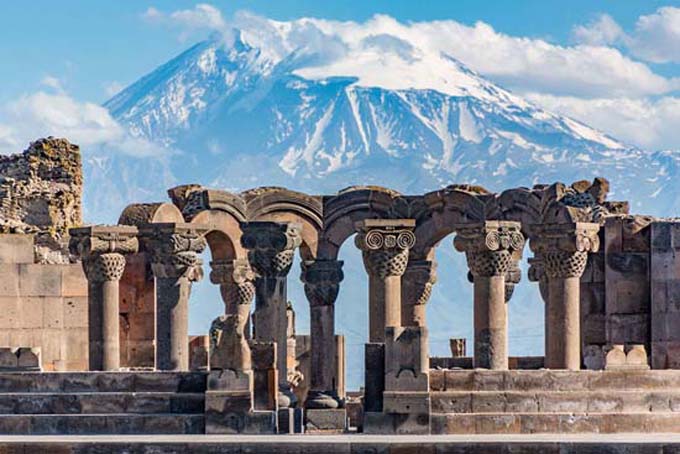