Akhtala city is situated in Lori region of Armenia, on the foot of Lalvar, on the left bank of the Debed. In the Middle Ages the city was called Pghndzahank (“Copper Mine”). Kirakos Gandzaketsi in his “History of Armenia” mentions, that duke Ivane Zakaryan died in 1241 and was buried in Pghndzahank, which he conquered from Armenians and converted into Georgian (that is to say into Orthodox) church. It is about the church of Akhtala. According to Gandzaketsi, Ivane A’s son duke Avag (died in Bjni in 1250) was also buried in the same church.
In 1887-1880 French archaeologist and architect Jacques de Morgan found stone crypts in Akhtala; clay, bronze, iron objects, dating back 8th century BC. Here a crypt of times, when people were buried seated was found as well.
Monastery of Akhtala is one of those Orthodox complexes, construction of which coincided with Armenian Renaissance. The monastery was built in 1188 by Kurike G Kurikyan’s daughter Mariam. The complex of monuments harmoniously combines Armenian, Georgian and Byzantine architectural elements.
St. Astvatsatsin (St. Holy Virgin) church was the largest Orthodox monastery in the Northern Armenia; in 12-13 cc it served as spiritual, educational and cultural center. In the establishment Armenian and Georgian chronicles was studied best of all.
In St. Astvatsatsin church the gorgeous fresco is well preserved, and only the illustration of Holy Mother’s face was damaged during the invasions of Tamerlane. The hill in front of the fortress in called after him. The fresco was done in the 13th century when the church was converted into Orthodox. According to the color solutions it has similarities with Byzantine constructions though the theme choice is completely Armenian. They say, the too bright colors distracted believersduring the liturgy, and the priest ordered with anger to cover the illustrations with lime.
The territory of the monastery is surrounded by enclosure of the 10th century, built during the reign of Bagratuni Kyurikyans; the walls stretch from the North to the South, along the whole perimeter of the area. 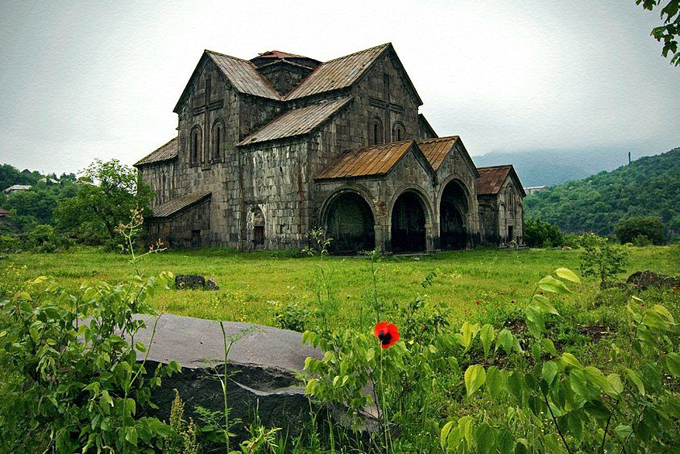 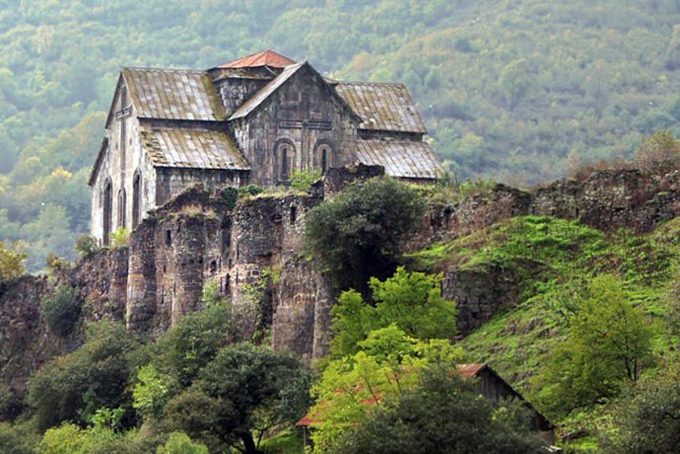 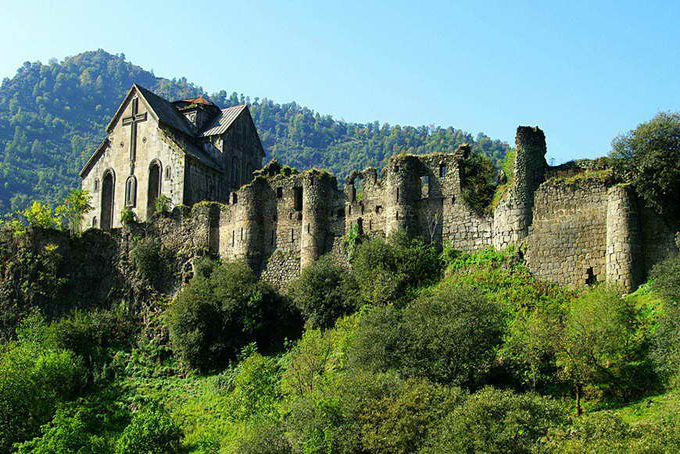 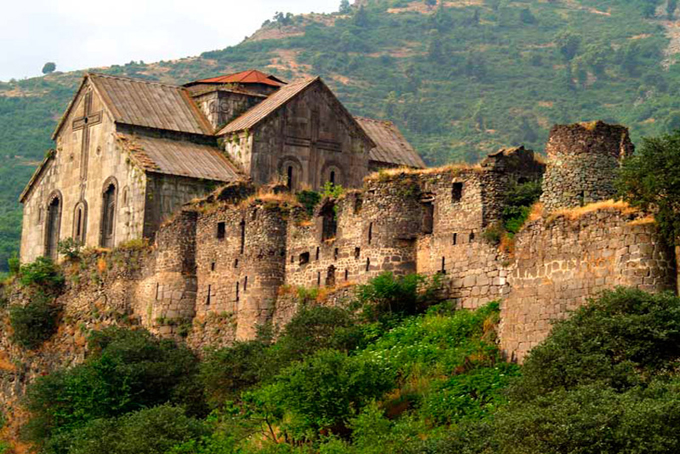 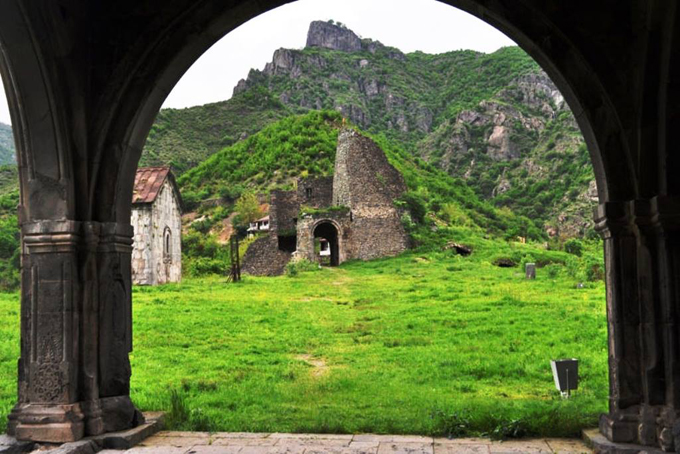 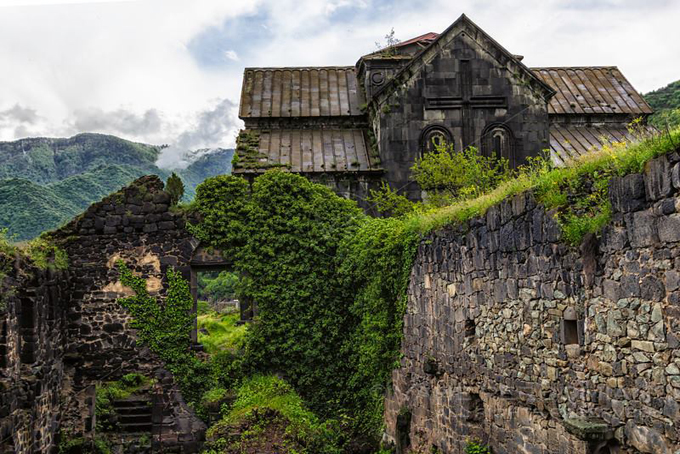