Haghpat Monastery is located in the South-Eastern part of Haghpat village: on a high plateau. It was founded in 976 during the reign of Ashot G Bagratuni. Haghpat was one of the prominent spiritual and cultural centers.
From the second half of the 12th century up to 14th century Haghpat Monastery was the eparchial center of Kyurikyan dynasty. The ancestral crypt of kings was moved here from Sanahin. In the 11th century Tashir was plundered by Seljuks and Arabs. From the second half of the 12th century the monastery passed to Artsruni dynasty from Mahkanaberd, then to Zakaryan dynasty. In 1223 by Ivane Zakaryan’s order Haghpat fortress was built to protect the monastery.
Haghpat monastery is one the most prominent monastic complexes of Armenia, which has unique peculiarities of Armenian medieval architecture: picturesqueness, harmony with nature, territorial balance. The monastery includes the following churches: st.Nshan, st.Astvatsatsin (Holy Virgin), st.Gregory, parish, printing house, library, belfry, refectory, chapel-tombs, cross-stones (khachkars).
In 11th-13th cc Haghpat school and printing house were popular. Here grammar, oratory, philosophy, theology, music and other subjects were taught. Haghpat was also known for its miniature school. Under priest cloak Armenian famous composer Sayat-Nova spend here several years.
There are lots of legends, concerning with the name “Haghpat”. One of them tells, that once upon a time Duke of Sanahin invite the well-known master to build a monastery. He went to the Duke with his son. During work father and son had a dispute. Having had a long dispute son left the work and went away. On the road he met another duke, who offered him to build a monastery. When the walls of monastery were seen from Sanahin, workers told the master about it. He went to watch his son’s construction on a non-working day; he examined everything scrupulously. People were looking forward for his estimation, and, finally, he pressed the wall and said: “Akh pat” (“What a strong wall”). And then father and son embraced and forgot about the dispute. From then on the monastery has been called “Haghpat”. 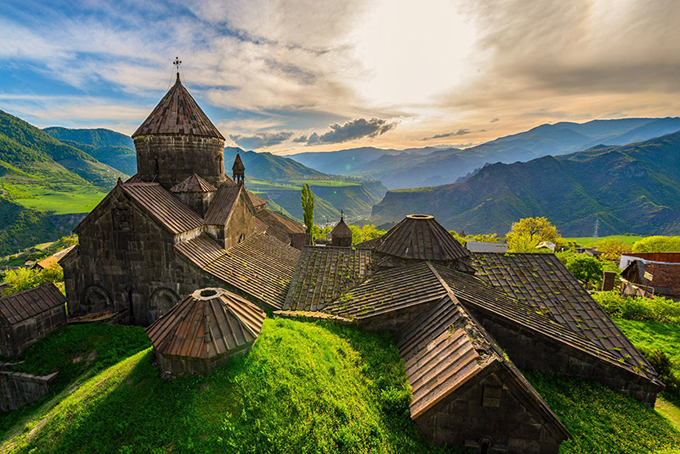 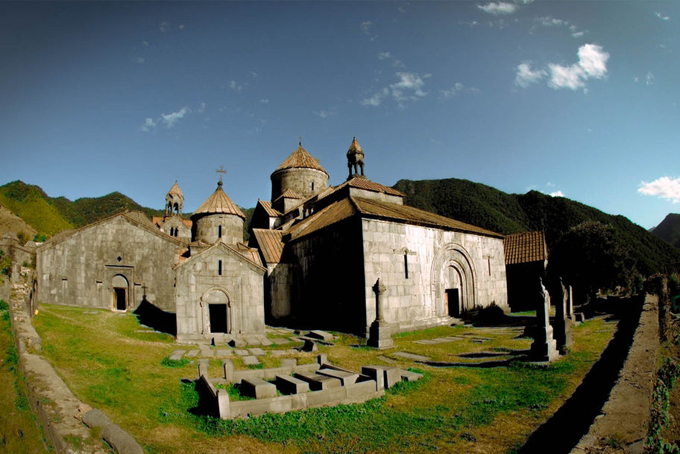 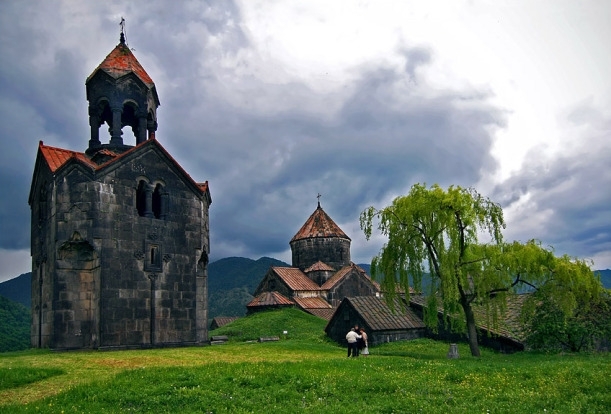 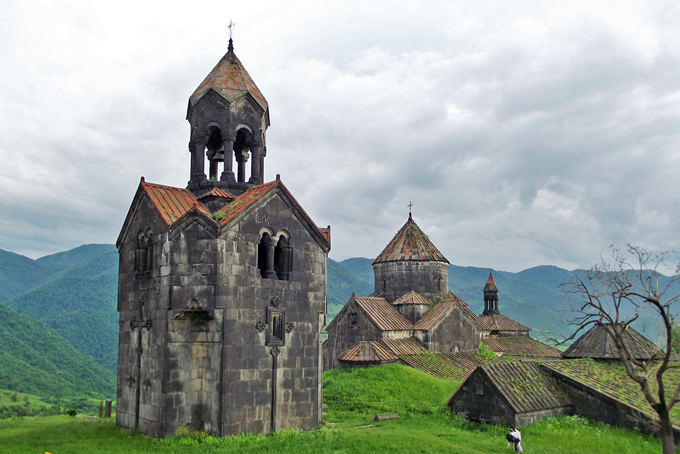 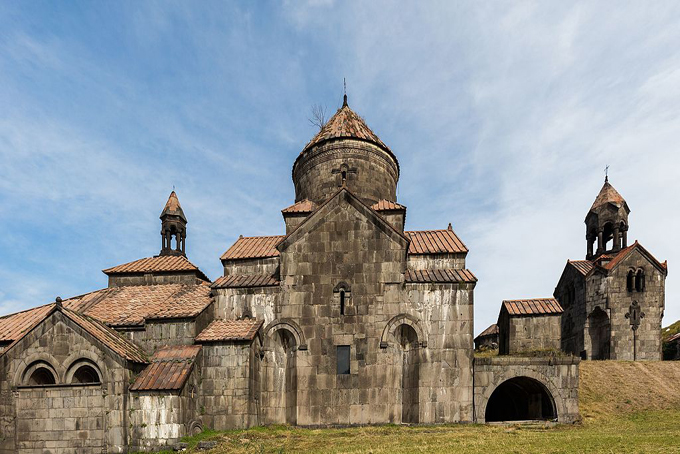