Monastic complex Harichavank is located in Harich village of Shirak region, on the Northern slope of Aragats Mount. The monastery was built in the 7-13th cc. This monument is one of the pearls of medieval architecture, rich in exquisite bas-reliefs. The construction is unique with its simplicity, perfect contours. The monastery served as a scientific center. Avetik Isahakyan, a prominent Armenian poet, studied in the local school in 1887-1889.
In the beginning of the 11th century Harichavank was destroyed because of Seljuk invasions. In a century on the initiative of vardapet (learned monk) Gregory, the abbot of the monastery, the establishment was renovated. The complex included two churches (St. Gregory and St. Astvatsatsin (St. Holy Virgin)), a parish, vestries, a belfry, a chapel, a school and other constructions.
In 1850 Harichavank became summer residence of catholicoses. Those years the territory of the monastery was notably widened; cells, a refectory, a school, a dormitory, guest rooms and other household premises were constructed. 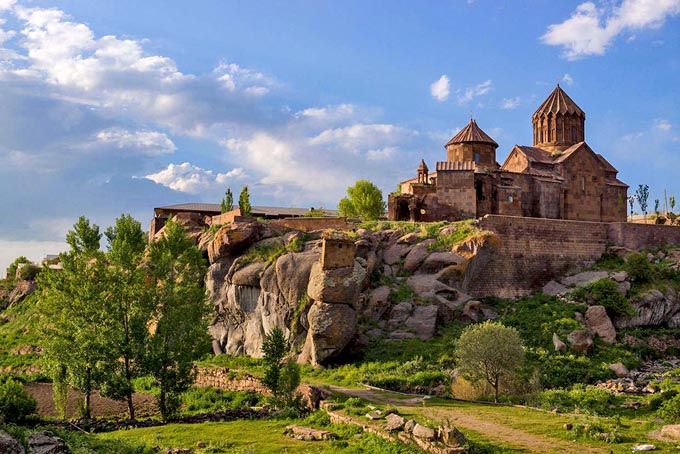 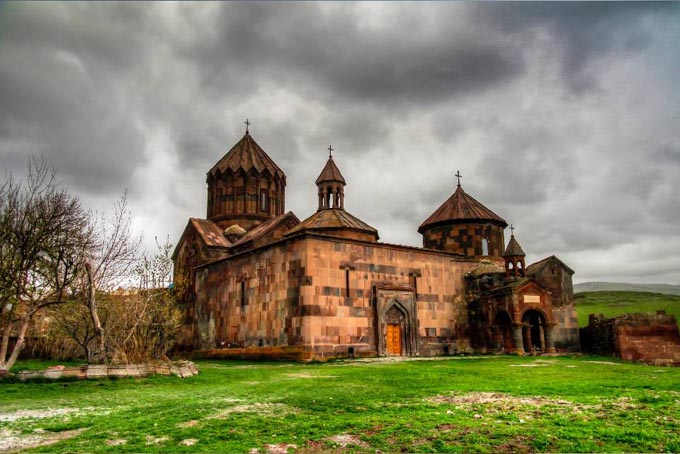 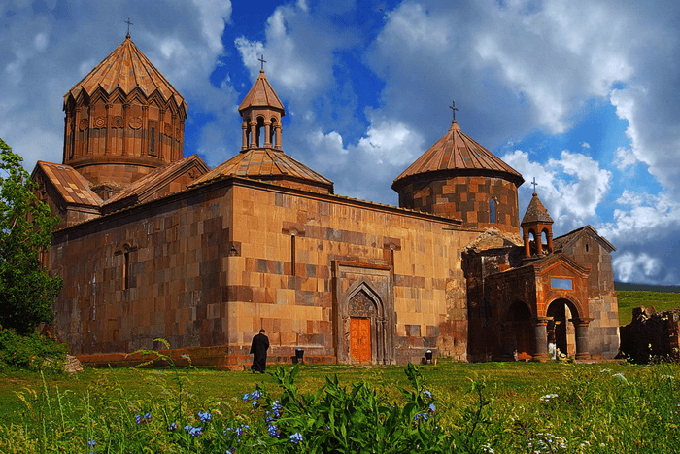 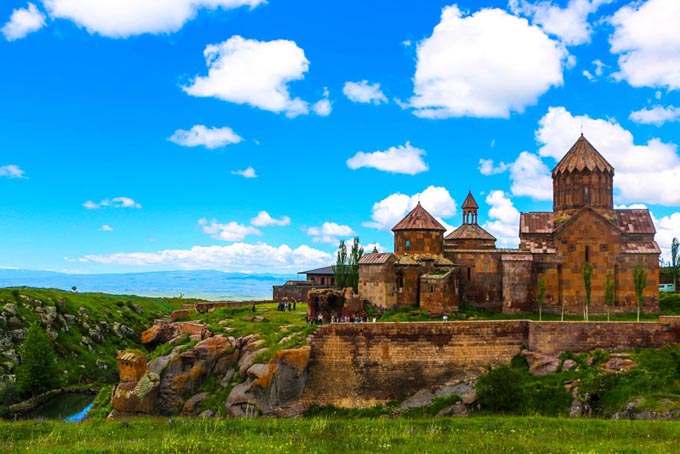 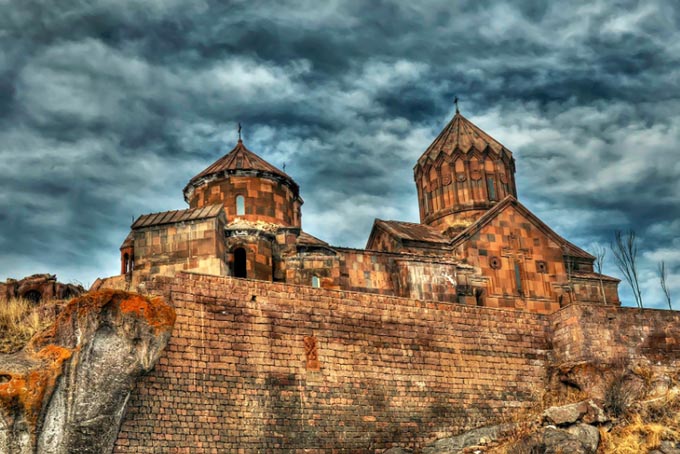