“Black” Fortress in Gyumri was built in 1834. After the visit of Russian tsar Nikolai the First in Gyumri in 1837, the city was turned into a castle-fortress and then renamed in honor of Alexandra, wife of the tsar (Alexandropol).
The need of building a fortress became essential after the end of the second Russian-Persian war. Taking into consideration the further possible battle, Russians paid especial attention to the strengthening of Gyumri city.
Huge walls, constructed of black treated basalt amaze the visitors up today. The fortress walls were so powerful, that they housed 100 cannons, and 8000 garrisons inside. The construction was built according to the latest tendencies in military art. “Black” fortress was one of the rarest constructions in the composition of Russian Empire, during the opening ceremony of which tsar himself was present. 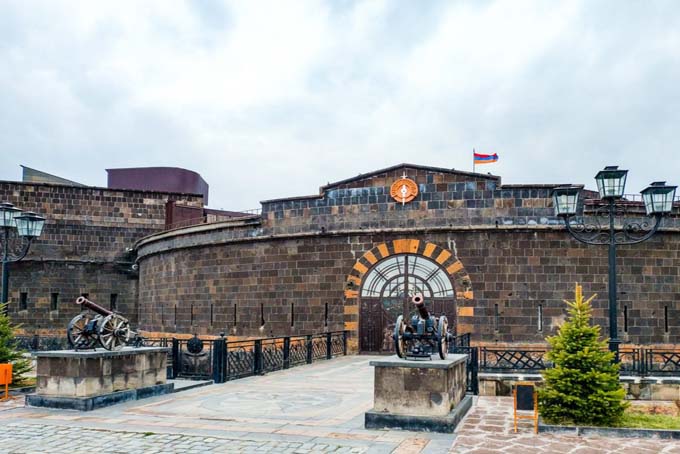 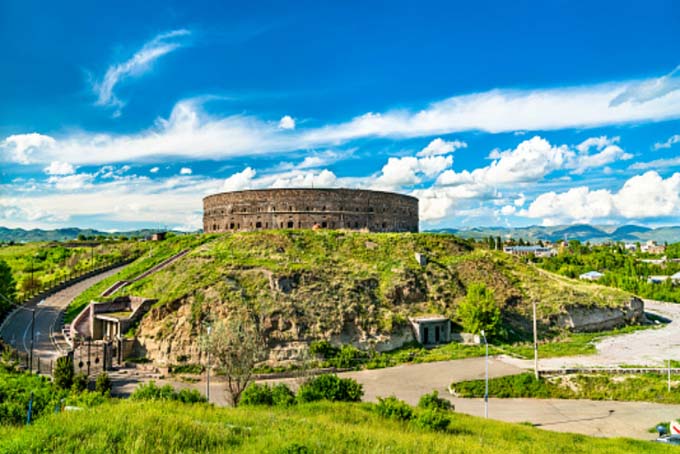 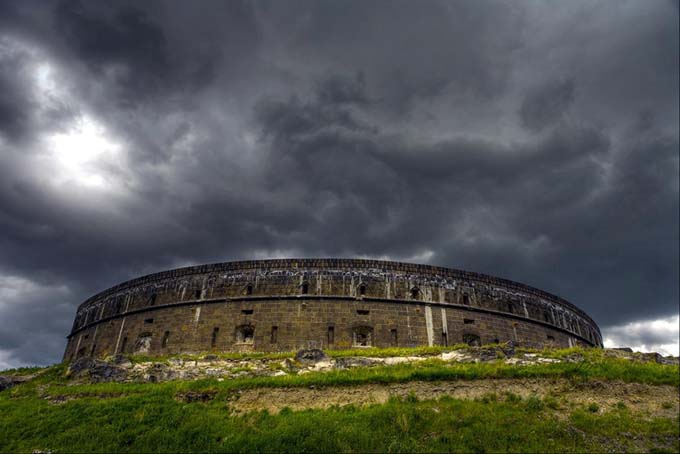 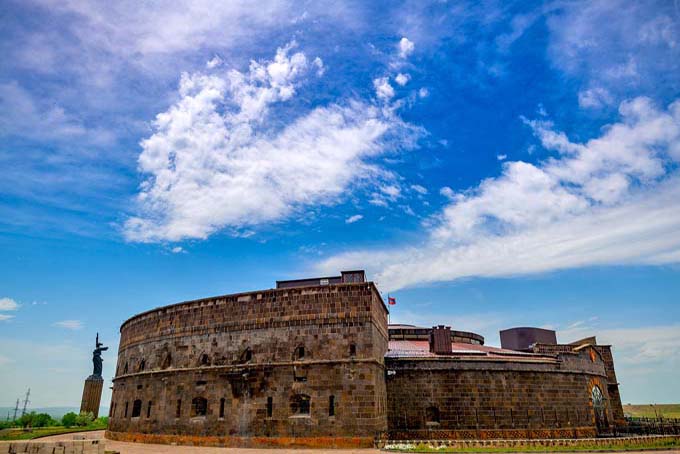