Exact date of foundation of Haghartsin monastery is not discovered yet. Research Center Haghartsin was mentioned within leading cultural centers of 13th century (Konstantin D Bardzrberdtsi, Stepanos Orbelyan). Haghartsin started to flourish in the 30-ies of the 13th century, during Khachatur Taronetsi’s leadership. Before that the monastery had been abandoned for a long time.
The composition of the monastery includes: 3 churches, 2 parishes (1 is destroyed), refectory, chapels, khachkars (cross-stones). The oldest is St. Gregory’s church (about X century); domed structure with 4 apses; crossed inside, rectangular outside.
In 1281 with the support of virtues father Hovhannes and father Sargis the main church of the complex was restored: St. Astvatsatsin (Holy Virgin) church (founded supposedly in the 10-11th century). The church has domed hall with a pair of pylons; there are “Armenian holes” (narrow crevices like one for windows) on the fronts of the church (except Western one ). High drum of the dome is decorated with an arcade; portals of Southern and Western doors are characteristic to the 13th century. Two ktitors on the Eastern front keep the monastery mock in their hands.
The refectory of the monastery is one the best examples of Armenian architecture with its architectural solutions and fine arts. There are ruins of other construction in the Western part of the refectory (probably dining-room, bakery and other). In the North-Eastern angle of the Western yerdik (lighting aperture) word «Minas» is inscribed; letter «M» is more likely to the first letter of the architect’s first name.
There are several chapels in the territory of the monastery: on rock slopes. 350 kg bronze cauldron, found here, is an example of highly artistic art of metal forging. Inscription on the top of the cauldron notes the date of production – 1232. Four holders of the cauldron are sculptures of lions with decorated legs. 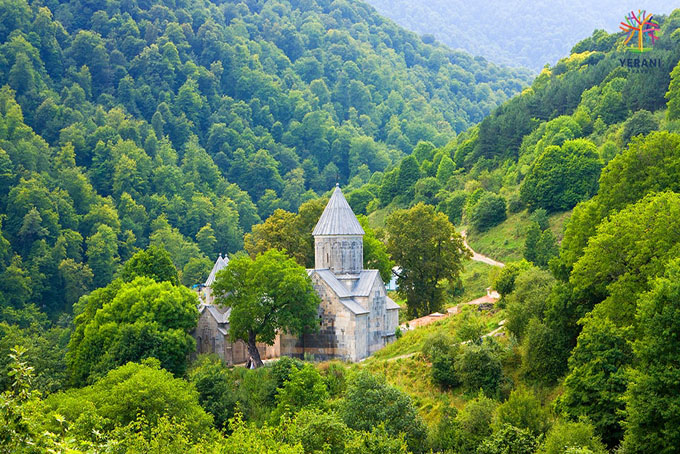 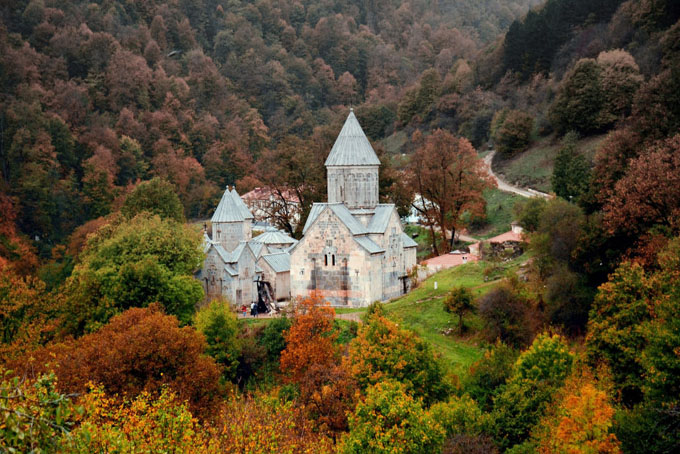 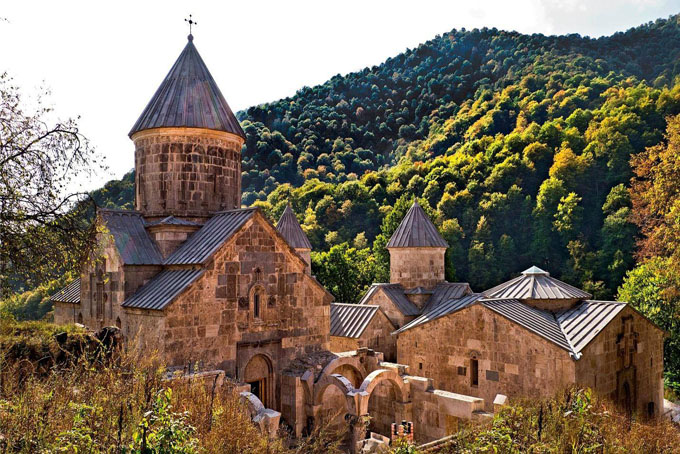 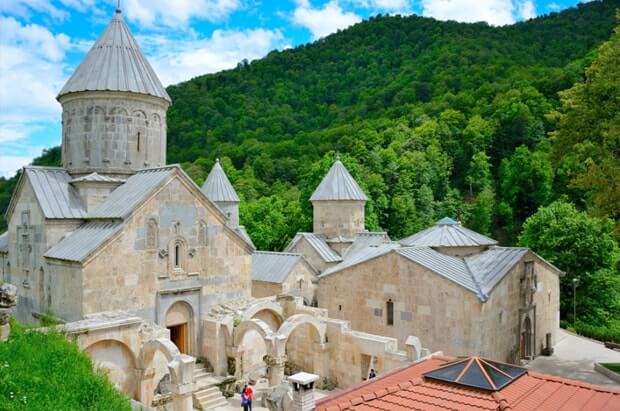 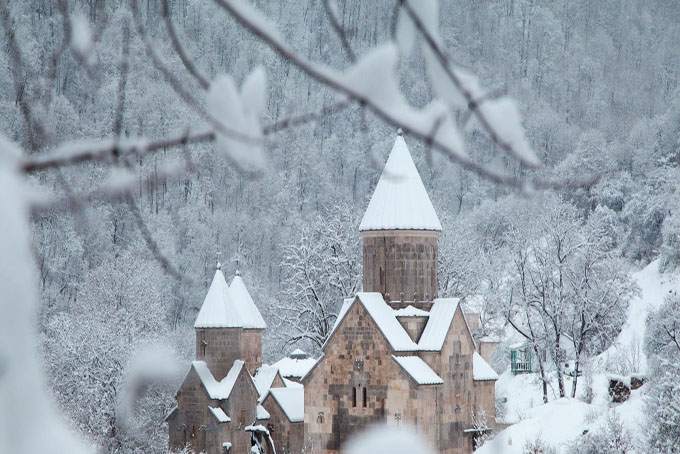