Jermuk waterfall is located in Jermuk. It is in the bosom of forest mountains, 2080 m above sea level. The city is located in South-East of the Republic of Armenia, in Vayots Dzor region. (In Vayots Dzor province of historical Syunik region).
Jermuk waterfall, 72 m high, flows into the river Arpa. The waterfall reminds girly hair. Hence the other name of the waterfall: mermaid’s hair.
There is a wonderful belief about this waterfall. According to the legend, the castle of an Armenian nobleman was located on the steep cliffs. He had a marvelously beautiful daughter, and men from all over the world asked her to marry one of them. But she refused everyone, because her heart belonged to a brave and handsome man: shepherd’s son.
Every day after midnight from the room window the lady threw a long rope into the gorge so that her beloved one could reach her house. Once the nobleman found the rope and everything became clear to him. In anger he cursed his daughter saying: “If you meet him again, I want you to become a mermaid and never be able to come out of water”.
During next meeting the lady threw her hair instead of the rope. But at that very moment her father’s curse became true. She became a mermaid and her hair – the waterfall.
Average air temperature in Jermuk in spring is +0,4 C, in summer – +15,3 C, in winter – -9 C 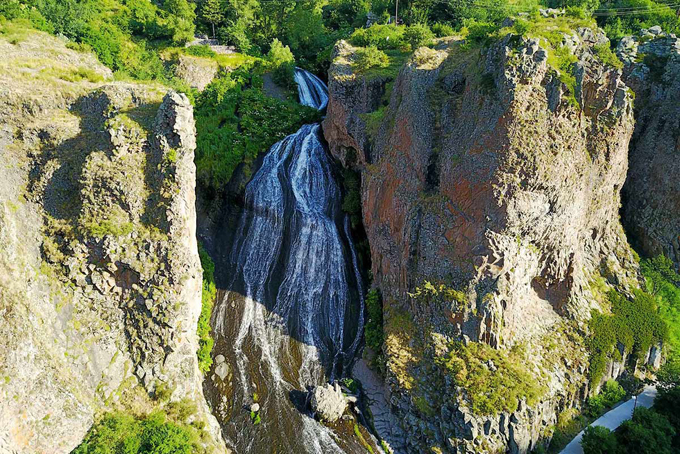 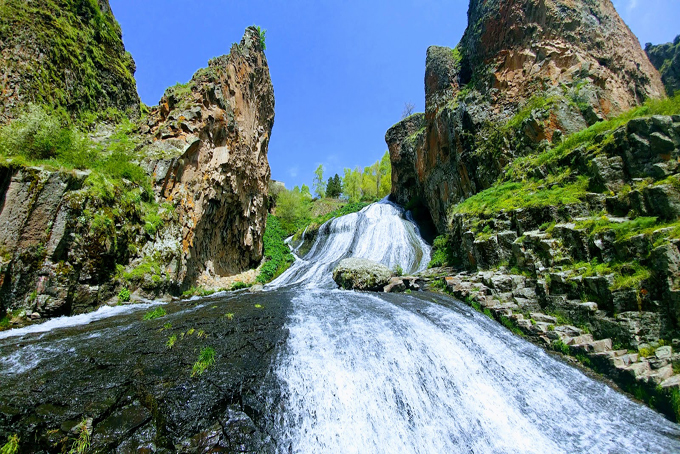 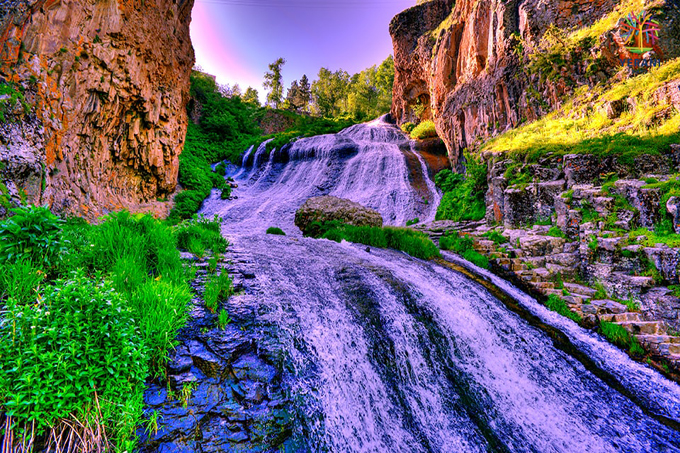 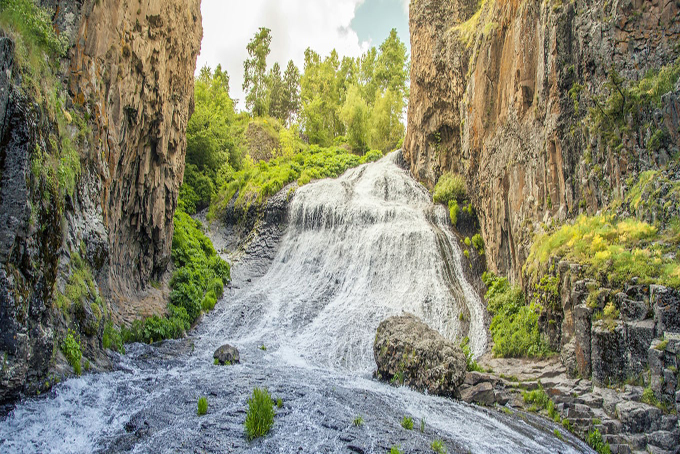