Noravank is the generalized name for the monastic complex, built in the 13th-14th cc. It is located 3 km North-East of Amaghu village of Vayots Dzor region.
Noravank was built by bishop Hovhannes; in 1105 he expended the monastery territory, gathered hermit monks, and got the order from Seljuk authorities (those time Syunik region was under Seljuk yoke) on recognition of the monastery as bishopric.
During the following two centuries Noravank was expended due the efforts of Orbelyan dynasty, which ruled Syunik region at that time, and became cultural and educational center, as well as Orbelyan ancestral crypt. The monastic complex, protected with fortress walls includes: 2 neighboring churches, parish, church-crypt, two-stored church on the Eastern side, 2 chapels behind the walls. According to Stepanos Orbelyan, this place was a sanctuary since early Middle Ages.
There are lots of valuable khachkars in the garden, surrounded by the fortress walls. The most prominent ones are: a khachkar by Momik on memory of Duke Tarsaich from Tamta Khatun, and a khachqar, dedicated to Burtel and his son Ivane (it was found in 1982-83), which has the illustrations of Jesus Christ and his 12 disciples on both sides on the upper part. Noravank is one the best monuments of Armenian architecture due to its peculiarities and combination of different arts.
The inseparable part of Noravank history is the contribution of the prominent Armenian architect and sculptor Monik (1250-1339). He was the secretary, chief artists, architect and sculptor of ancestral house of Orbelyan dynasty. His employees were metropolitans of Syunik Stepanos Orbelyan, Hovhannes Orbelyan, Stepanos Orbelyan, Burtel Orbelyan the Elder and duchess Tamta Khatun. Sculptured bass-reliefs on the upper part of the main st. Stepanos church exit and window, as well as bass-reliefs of st. Astvatsatsin (St. Holy Virgin) church are also referred to Momik. The khachkar, dedicated to Momik’s memory is situated in the territory of the monastery. In 2010 on the 750th anniversary of his birthday Museum after Momik was opened; medal and stamp were released. Prominent Bird Cave, where the oldest shoe in the world was found, is located near Noravank. 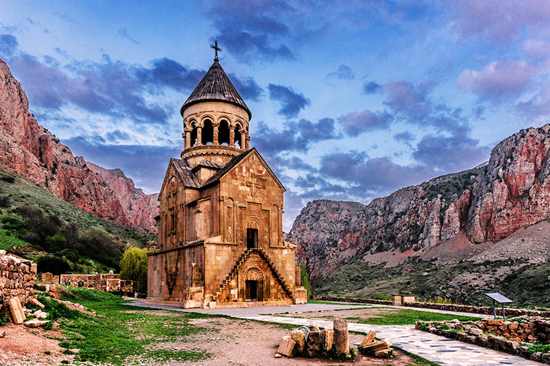 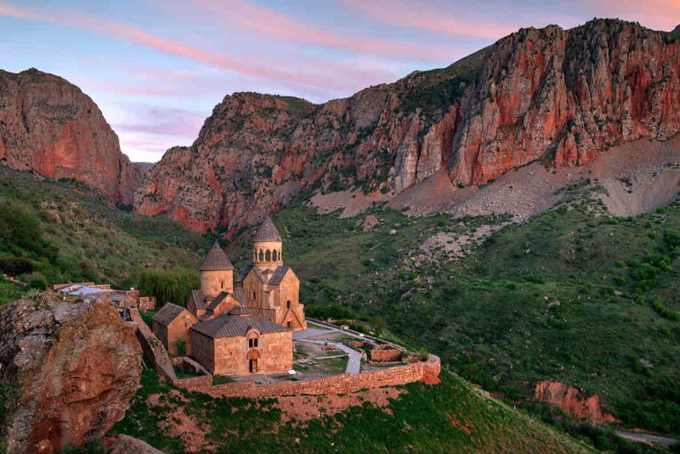 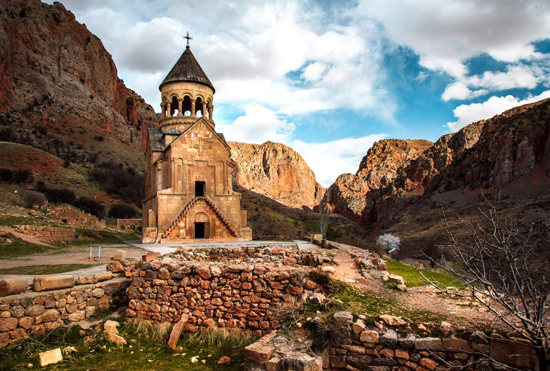 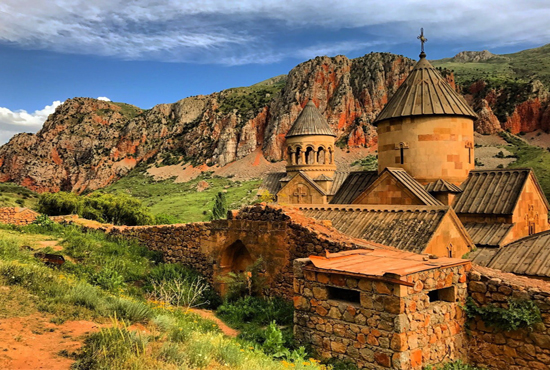 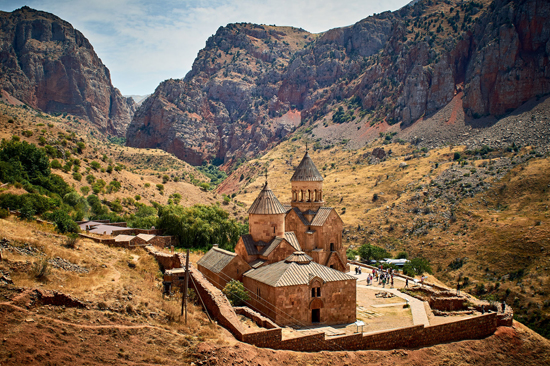 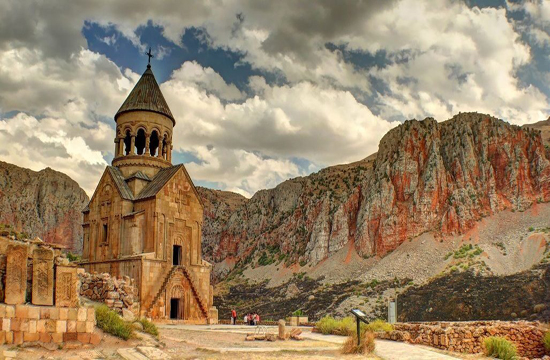