Defensive complex Smbataberd (or Tsakhats Kar fortress) is located in the East of Artabuynk village of Vayots Dzor region, in the Western part of Yeghegis village. The complex is surrounded by Yeghegis gorge in the East and South and Artabuynk gorge – in the West.
Smbataberd is one of the largest fortresses of Vayots Dzor and Syunik as a whole (regions in Armenia). Historic evidences about the bloody war between Armenians and Persians in the 5th century (Avarayr battle) were preserved. Nevertheless, it is possible, that the fortress was built before the 5th century.
Vasakyans, a branch of Syunik dukes dynasty, turned Smbataberd into a military base. During the reign of Orbelyans Smbataberd was more strengthened.
There is no certain etymology of word Stbataberd, though people say, that it was named after one of Orbelyan dynasty knights, which is buried near village-city Yeghegis; afterwards he rebuilt the fortress. The more possible version says that the complex was named after Syunik duke Smbat, who lived in the 10th century.
The complex was built for defensive purpose; according to all the canons of medieval fortress constructing. The total length of the complex is about a kilometer. The septum divides the fortress into two parts: Southern and Northern. Both parts had acropolis.
Ruins of barracks and basins were found in territory of the two parts. The fortress had three entrances: in the North-East, North-West and North. The doors were built of treated basalt. Water was mined near Tsakhats Kar. Smbataberd served as the most important military base for village-city Yeghegis and nearest settlements. Gndevank is also located in Vayots Dzor region. 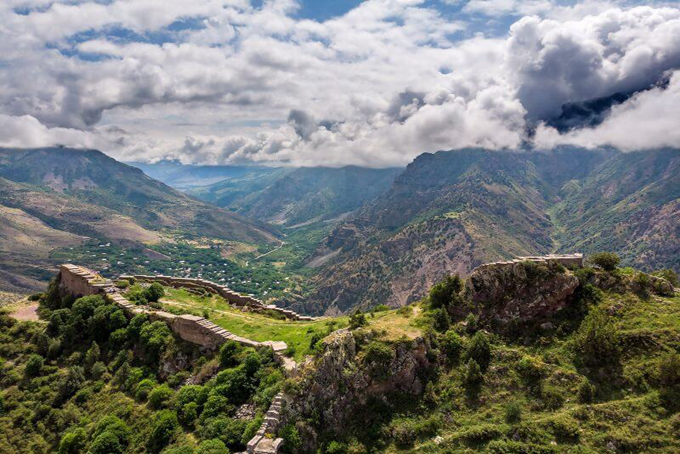 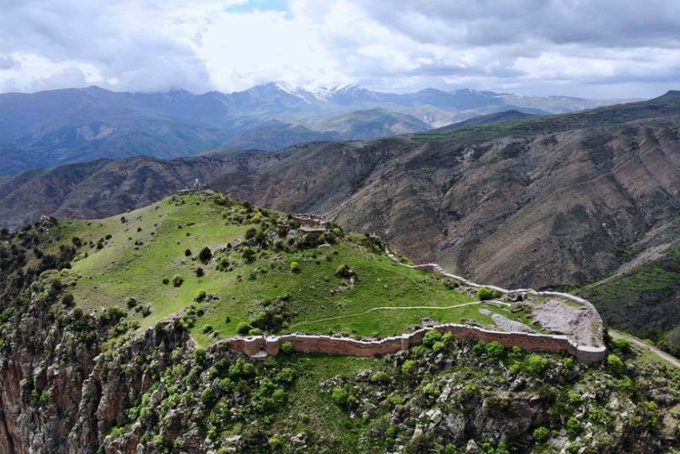 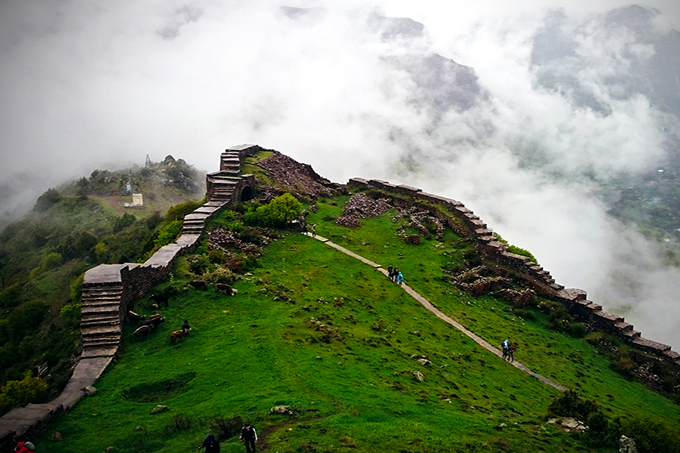 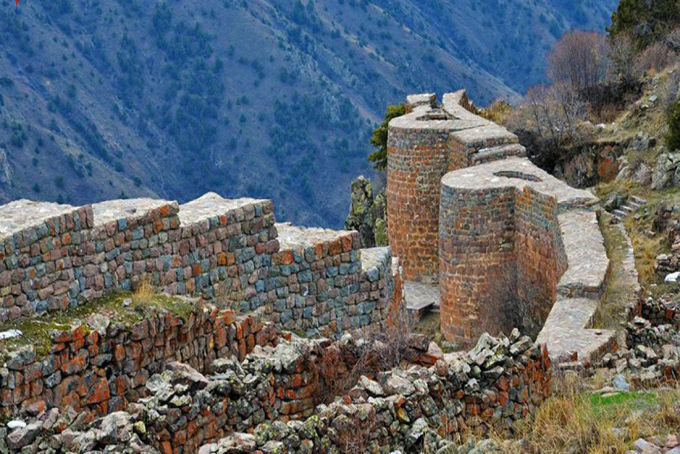 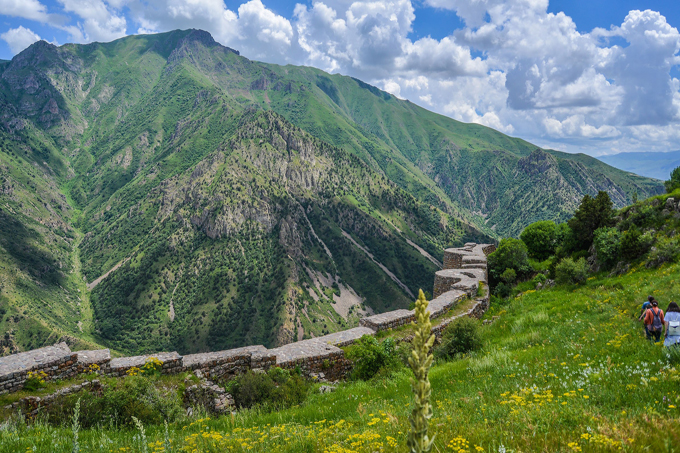