Armenian Alphabet Monument is located in Artashavan village of Aragatsotn region, on the Western slope of Mount Aragats. The complex was built in 2005, on the 1600th anniversary of the creation of Armenian alphabet.
The complex includes sculptures of 39 letters of Armenian alphabet, as well as monuments to the great Armenian thinkers. All the letters and statues are made of Armenian tufa. Armenian language is an independent branch in Indo-European language family. Armenian alphabet was created by Mesrop Mashtots in 405; it is used in Armenia, Nagorno-Karabakh, Javakhk, in communities of Armenian Diaspora, in different armenological and cultural centers.
A rich literature was created in Armenian language; this is a writing of ancient, medieval and modern civilizations. It also has its contribution in world culture. 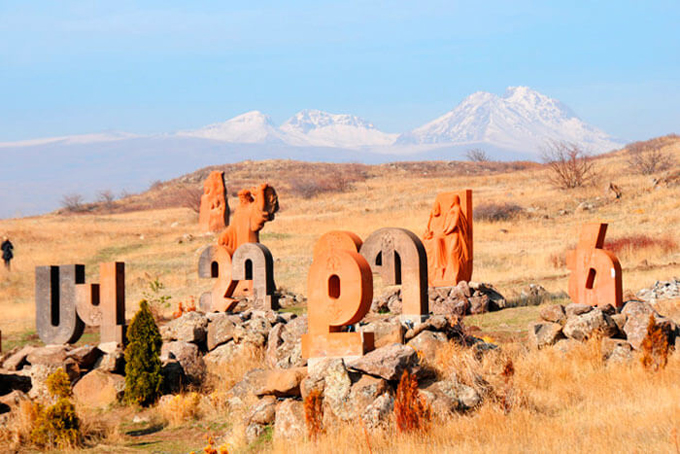 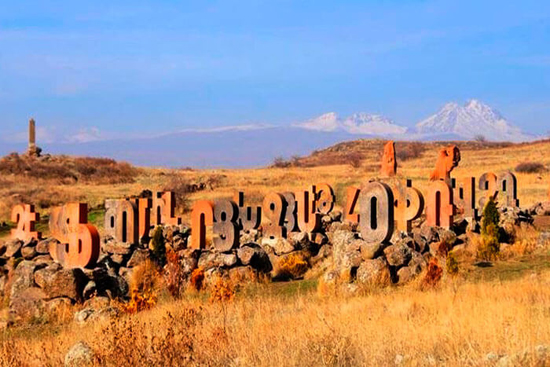 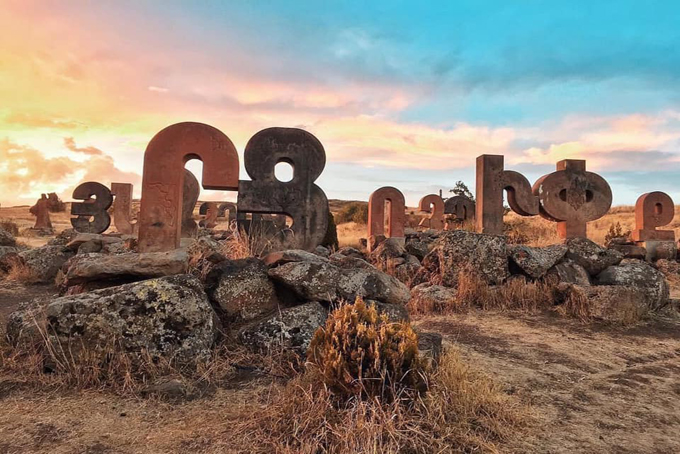 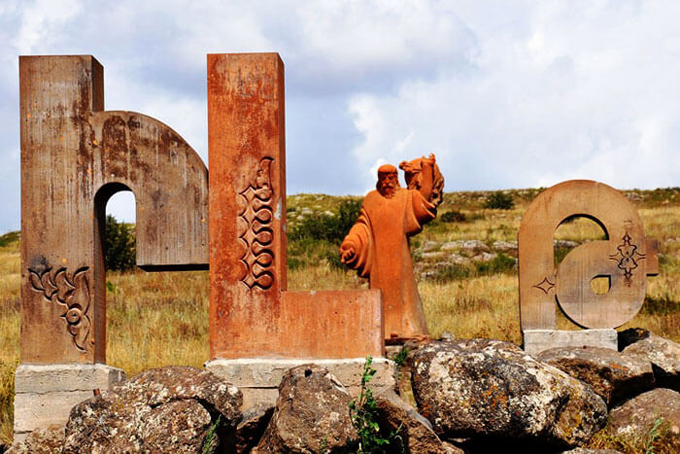 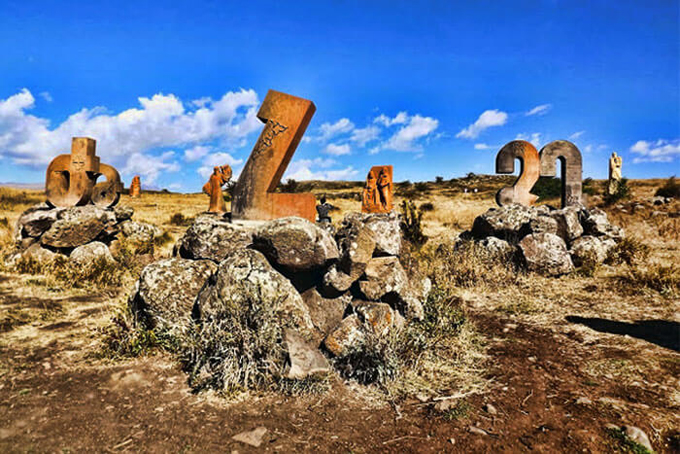