Lake Sevan is the only lake in Armenia, which belongs to the class of large lakes. This is one of the 3 major lakes, which we used to call seas (Sevan was called Geghama Sea and Gegharkunyats Sea). Sevan is the largest lake in Caucasus and the highest fresh-water lake in the world.
The lake is 1900 m above sea level; the area is 1240 km2; the depth – 83 m. From the South the lake is surrounded by Vardenis Mountains, from West – Geghama Mountains, from North-West – Pambak Mountains, from North-East – Areghun Mountains.
28 rivers flow to Sevan Lake. The most prominent ones are Gavaraget, Argichi, Martuni, Karchaghbyur, Masrik, Dzknaget. Only the river Hrazdan starts from Lake Sevan.
There are lots of so called «cyclopean» castles (Lchashen, Ayravank) in the adjacent areas. The archeological excavations, performed in the dried areas of the lake, showed that 3500 years ago most part of Sevan was land. There were settlements here, the population of which kept survival due to agriculture and cattle breeding.
A lot of buildings and inscriptions from Urartian period were preserved in the territory of the lake (Velukhi, inscriptions of king Rusa). And, of course, there are also middle age buildings: Sevanavank, Ayravank and so on.
Lake Sevan is a gift of nature, an irreplaceable resort, where summer tourism is already developed. However, the lake with its catchment basin has also great opportunities and perspectives for winter sport tourism. 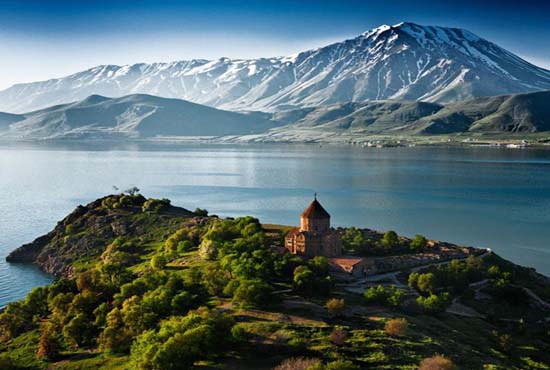 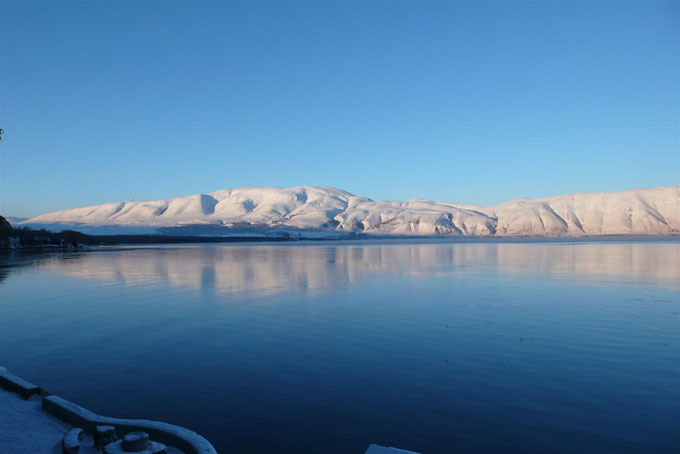 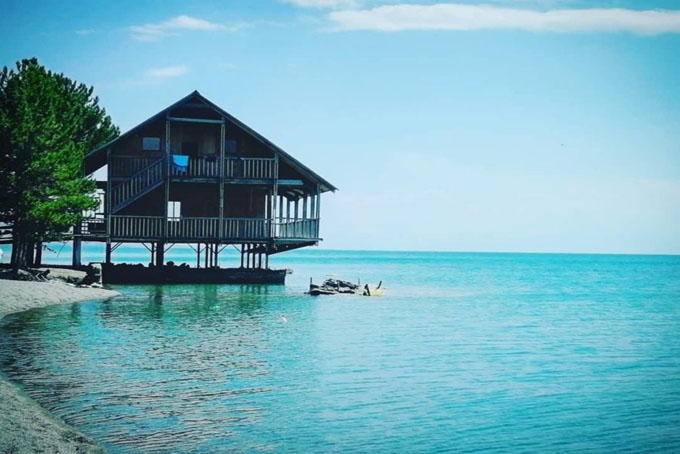 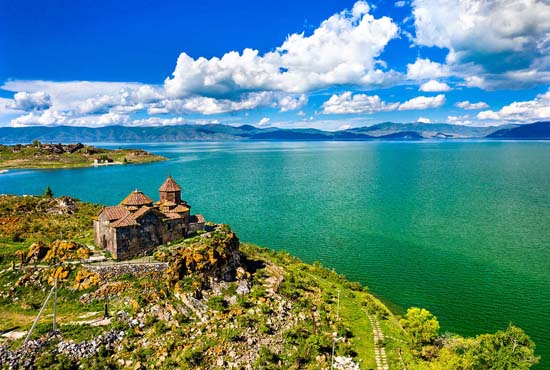 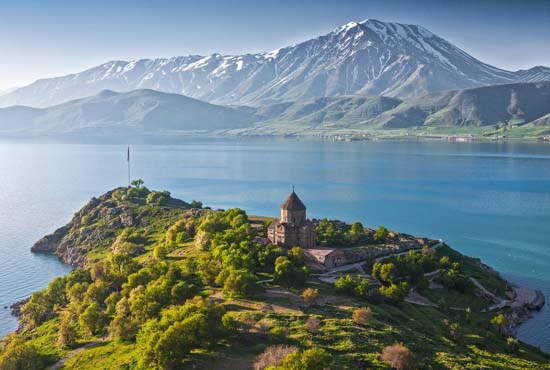 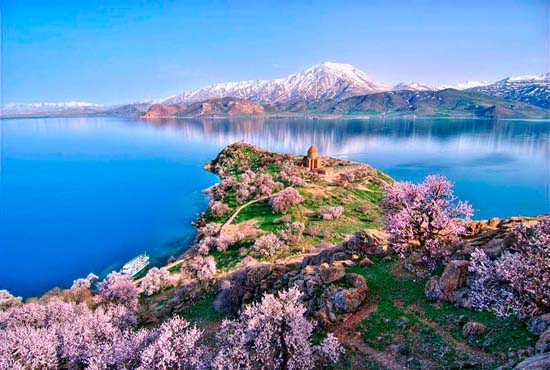