Sevanavank is a monastic complex, located on Sevan peninsula of Gegharkunik region.
According to found materials, the first st. Harutyun church (Resurrection) was built on the island of Sevan (now peninsula) in 305 by Gregory the Enlightener on the place of a pagan temple. It was destroyed because of the earthquake of 995. In the 9th century monk Mesrop Eghivardetci (Catholicos Mesrop Eghivardetsi in future) founded st. Arakelots monastery. According to ecclesiastic sources, nowadays monastery was built in 874 by the order of Ashot A’s daughter duchess Mariam. Then the monastery was surrounded by walls, which were destroyed in 16-17th centuries.
In Middle Ages Sevanavank was a prominent historic-architectural complex, which besides the churches included constructions for different purposes (printing house, guest houses, warehouses, refectory, and so on). Sevanavank had the following churches: st. Astvatsamayr (Holy Virgin), st. Lusavorich (Enlightener), st. Hovhannes Mkrtich (John the Baptist) and st. Nshan; this names were used for the monastery for long years. Up today only st. Astvatsamayr and st. Araketots churches are preserved.
There are ruins of old buildings, cross-stones (khachkars), graves in the territory of the complex. In 1956-1957 the churches were restored.
According to the legend, King Ashot Yerkat (The Iron) and his brother Abas swore, that they would withdraw Arab invaders from the territory of Armenia. The defense was concentrated in Sevanavank. Nevertheless, the forces were unequal. The morning came, and Sevan was covered with thick fog. Armenian ships, furnished with burning torches, began the movement. King Ashot, continuing following a fisherman’s advice, bypassed the enemy from behind and made them run away. Furthermore, sun rays were hitting Arab’s eyes so hard that morning that they couldn’t point properly on Armenian ships, and had to surrender. The moral of the story is that Ashot the Iron, being a king, listened to reasonable advice of even a fisherman or a soldier. 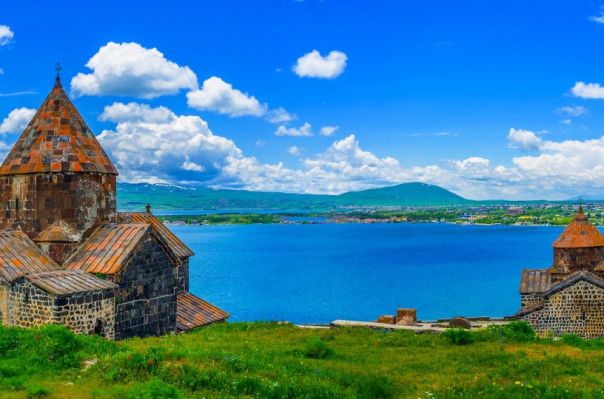 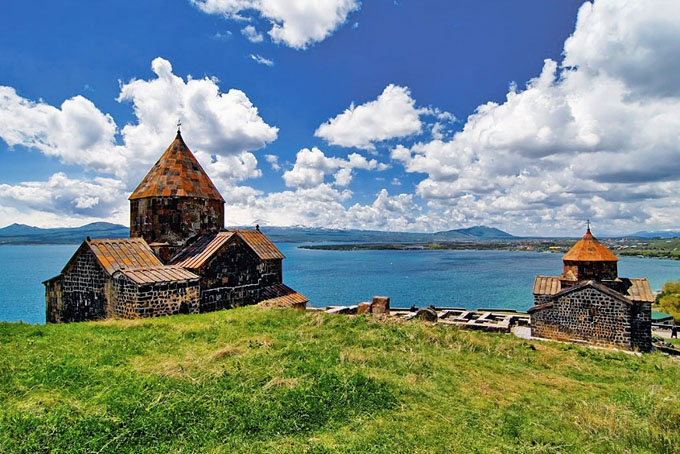 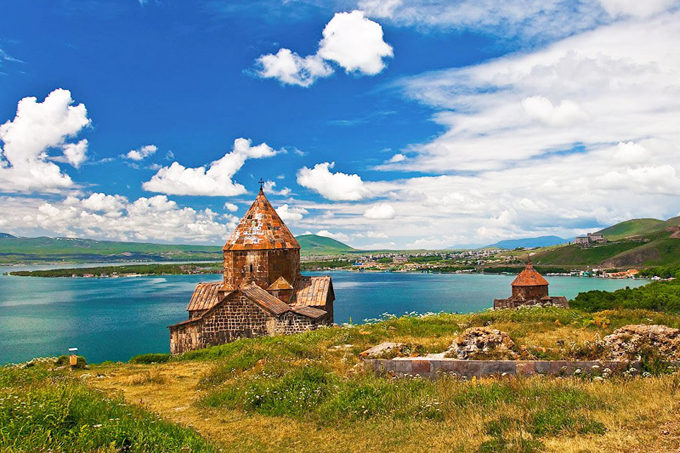 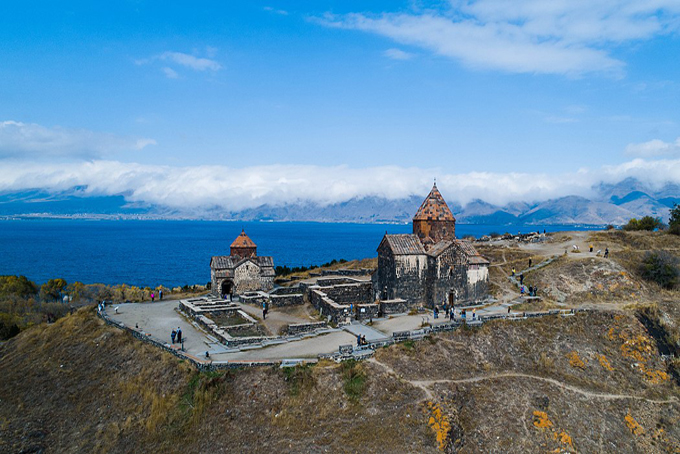 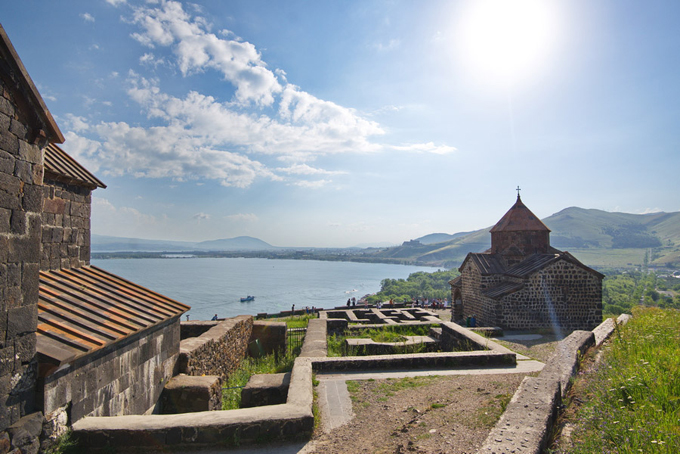