Noratus village is located in Gegharkunik region, on the right bank of the Gavaraget River, 5 km to the North-East of Gavar city. It is one of the oldest settlements of Gegharkunik region, were lots of monuments are preserved. Noratus is considered to be a khachkar (“cross-stone”) forest, museum under open sky, unique collection of works of khachkar making art, which reveals one of the many secrets of Armenia. According to the legend, during Mongol-Tatar invasions the khachkars got soldier dresses, and the invaders, seeing the horrifying scene, just surrendered.
Near the crypt, there is a small chapel which, according to another legend, saved lives of all the inhabitant of the village. The local priest made an agreement with Mongols and got the right to save lives of as many people as the chapel would suite. As the chapel had a secret exit, everyone could escape death. The Mongol commander was astonished to see only the praying priest in the chapel. The priest said that people turned into pigeons and flied away.
St. Astvatsatsin (St. Holy Virgin) church is located in the center of the village, St. Gregory the Enlightener church and the large crypt – on the South-Eastern edge. St. Astvatsatsin church was built in the end of the 9th century by Gegharkunik duke Sahak. By the architectural composition, this is a “domed hall” style construction; in comparison with constructions of the 6th century it has compressed proportions: emphasized protrusions and relatively small dome. St.Gregory the Enlightener church, built most probably in the 9-10th centuries, had single-naved vaulted structure, which later was turned into domed hall. (9-10th cc, architect – Khachatur)
The large noteworthy crypt, rich with khachkars, is located in the South of the village. Centuries-old obelisks, ruins of monuments, khachkars of early period are still preserved. These are mostly khachkars of 13-17th cc; the vast majority of them are grouped, forming ancestral crypts of certain dynasties.
Near Noratus, in Shor-Gyol settlement, crypts of Iron and Bronze Ages were found. Individual, double and group burials were among findings. In Noratus crypts bronze belts, arrow heads, bracelets, beads, iron daggers, pottery and so on were found as well.
Thousands of tourists from all over the world come to Armenia to see the medieval high architectural style of Noratus khachkars, in Gegharkunik region. 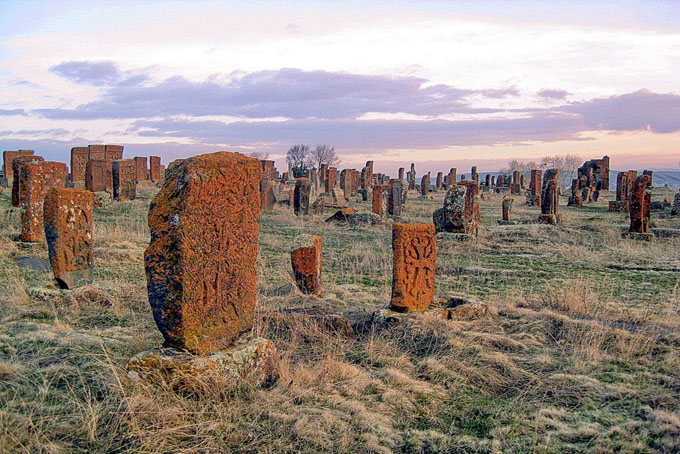 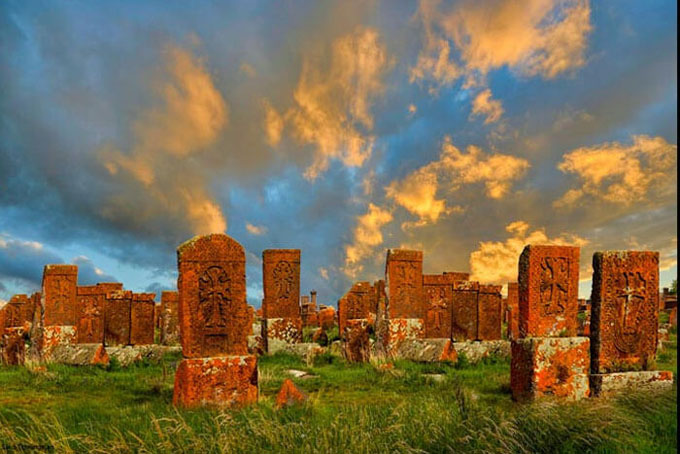 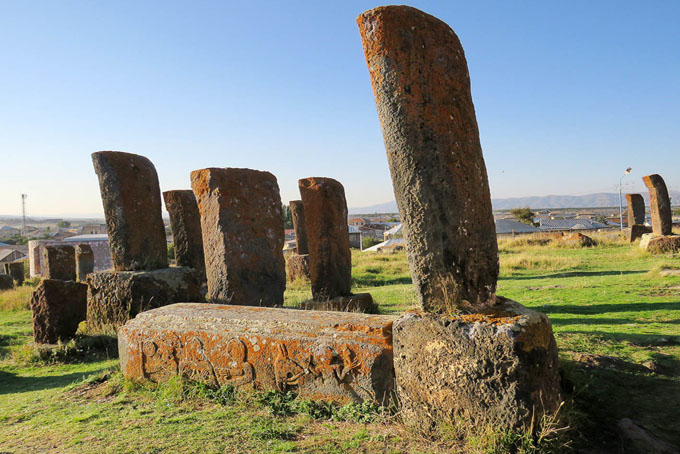 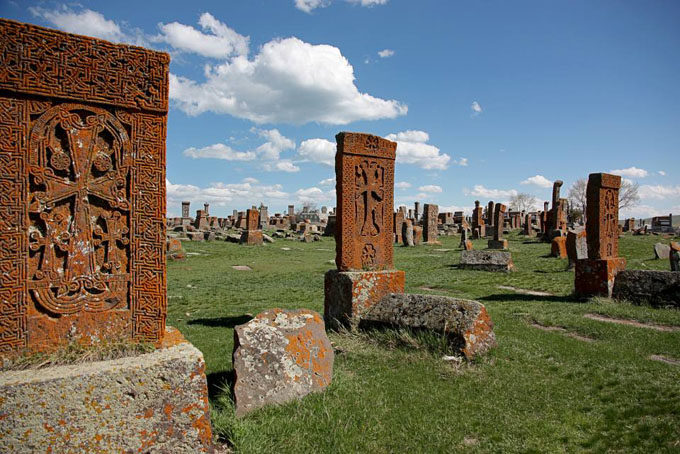