Garni pagan temple was built in the second half of the 2nd century AD (77 AD). After the adoption of Christianity the temple became “summer residence” of Trdad G (Tiridate G)’s sister Khostrovdukht. This Hellenistic temple was destroyed during the earthquake of 1679. Near the temple bass-reliefed columns, wall stones, arks were found. That contributed to the restoration of the temple, which took place in 1969-75.
The temple was dedicated to the pagan god Mithra: god of light, truth, justice; very often he was illustrated fighting against the bull – darkness. Near the temple a marble bull hoof was found, which was an idol in pre-Christian period; it was destroyed after the adoption of Christianity. This already restored amazing monument continues admiring thousands of people. The temple is a world value, one of the unique monuments of Armenian material culture of pagan period.
24 columns of the temple symbolize 24 hours of a day. To the East of the temple: nearly at the edge of the plateau, royal palace was located. Royal baths, located nearby, consist of four consecutive rooms in one line. Fresco of the dressing room is of great scientific and artistic value – example of monumental art of pre-Christian period. It illustrates different gods, mermaids, tritons: people with horse body and fish tails, fishermen, different fish and other.
There is an opinion, that the prototype of Garni temple is Musasir temple of god Khald, which functioned in the 9th century BC. Detailed information came from king Sargon the Second’s records. There are lots of constructing and architectural elements, which give reason to think that Greek-Roman architecture had its own prototype. 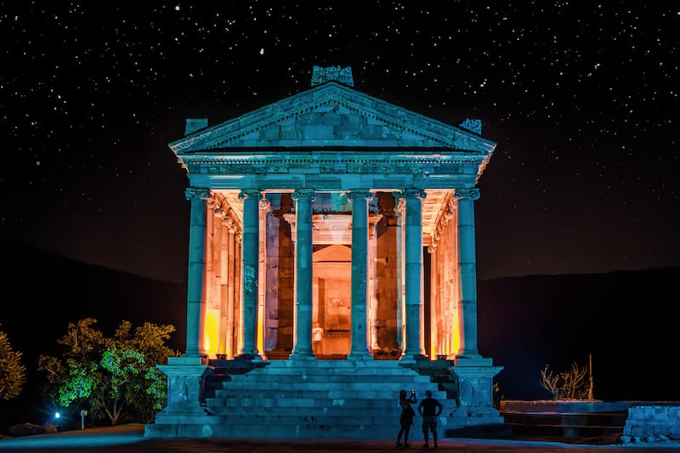 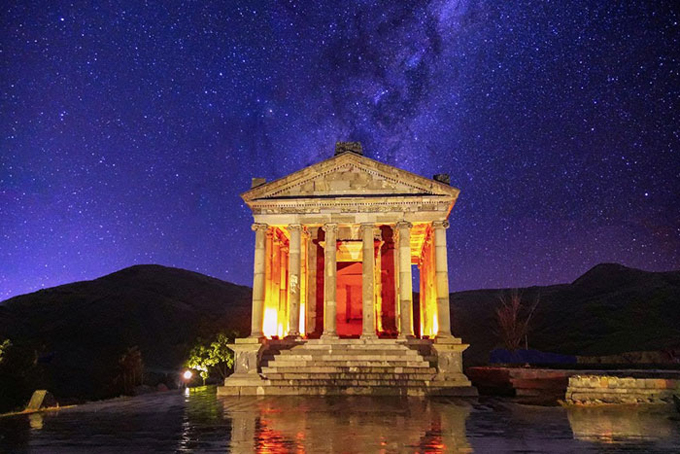 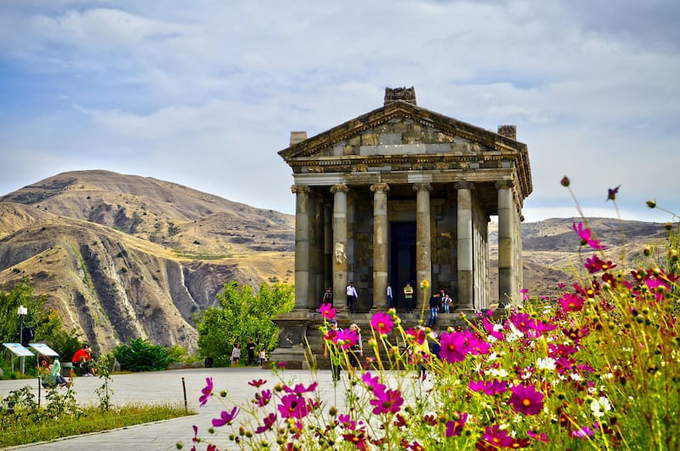 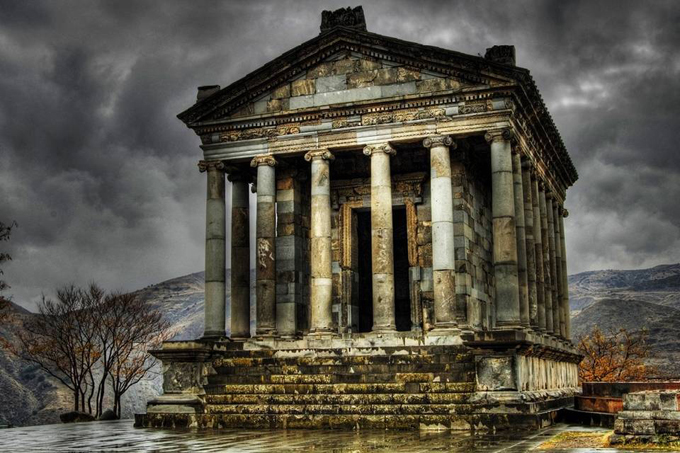 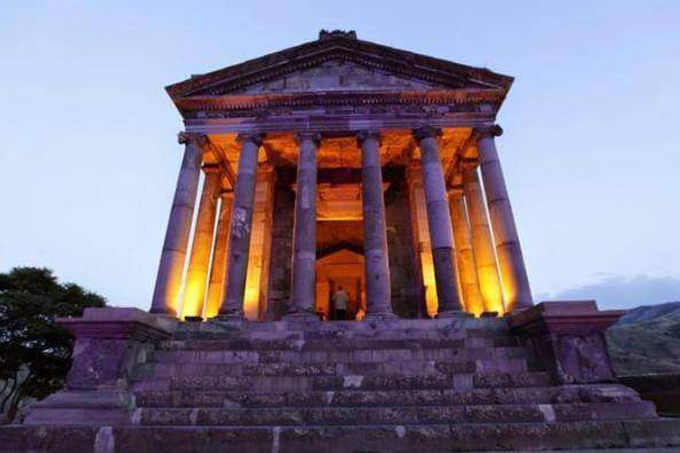 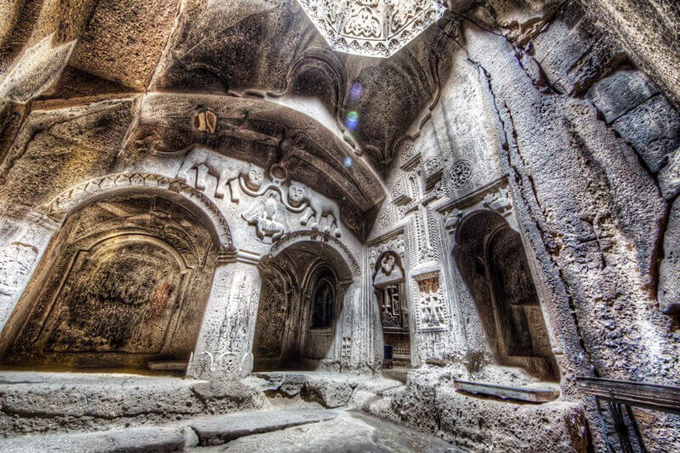