Geghama Mountains, the highest peak is Mount Gegh (Azhdahak) – 3597m
Geghama Mountains are situated between Yerevan city and Lake Sevan. They lie from North-North-West to South-South-East. The range of 2800-3000 m and volcanic cones (Ajhdahak, Spitakasar, Nazeli Sevkatar, Armaghan ) make up Geghama Mountains.
Climate is mild continental: short cool summers and cold winters. The climate on the peak is cold. The average annual temperature from the slope to the top is -2°C-+4°C. The average annual precipitation is 500-900 mm.
According to the legend, the rage was called after a man, whose name was Gegham. This man, strong as a lion, was in love with a lady, whose name was Khosrovanuysh. For the sake of his love, he decided to fight the mountain streams, which often destroyed local communities.
For years, Gegham went to the mountains with a basket, full of silt seeds on his shoulders. Having reached the peak, he overturned the basket and seeded the rage, devoid of vegetation.
Years passed, and the hard work did not pass in vain. Once, when another stream started to stoke the mountain terrain, people noticed that it cannot break the barrier, made of silt.
From then on, the rage was called after that gentleman – Geghama Mountains, and the lake was called Geghama Lake (Lake Sevan). 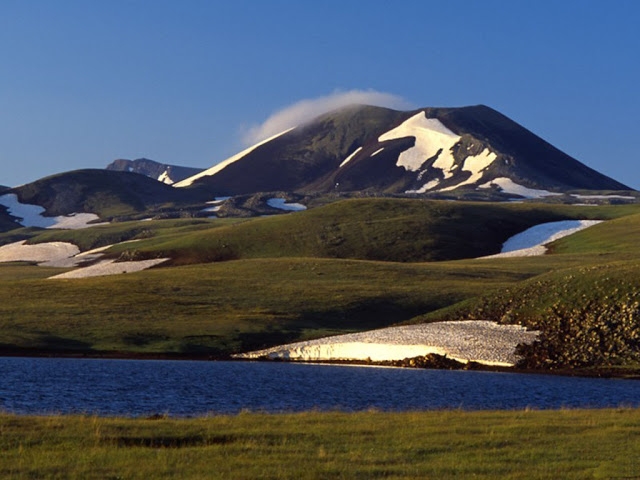 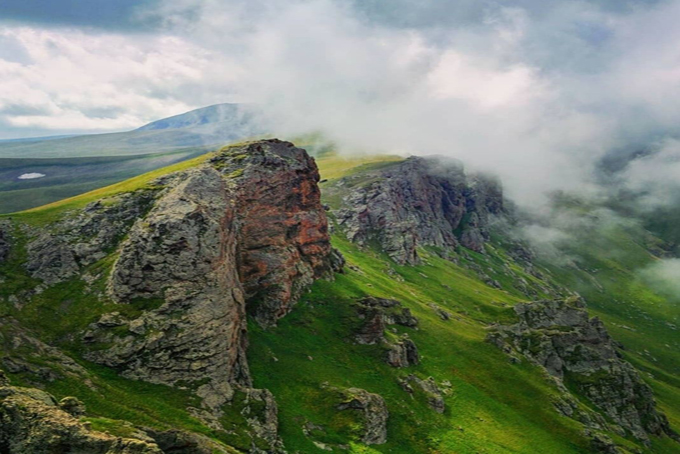 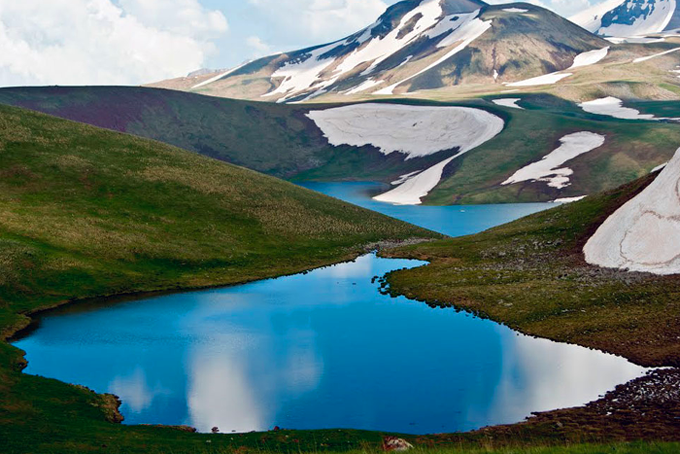 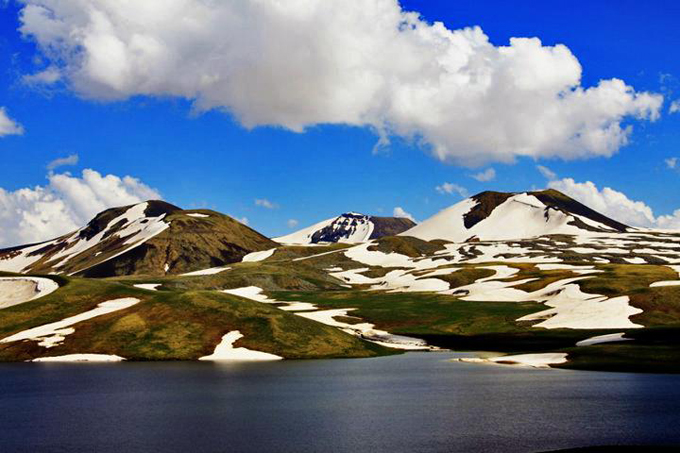 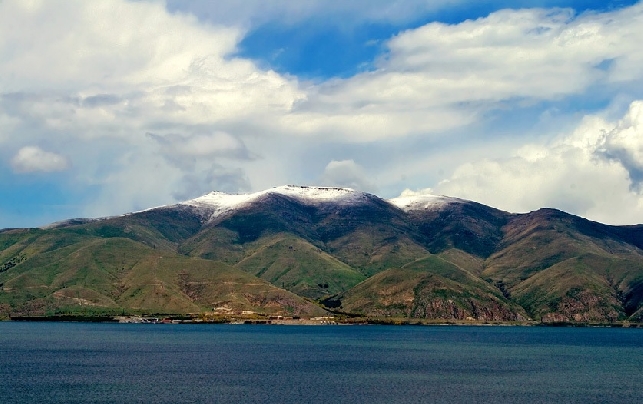