Garni Canyon lies across the length of the Azat (Garni) River and its confluent Goght. The canyon is attractive with wonderful rocks, called “Symphony of Stones”. These rocks start from the beginning up to the highest point of the canyon.
The length of the River Azat is 55 km, surface of the catchment is 550 km2. The river starts from the South-Western slopes of the Spitakasar of the Geghama Mountains, from 3000-3200 m height.
During excavations in Garni a settlement of early Bronze Age, 2nd half of III millennium BC, was found: houses and constructions of round and quadrangular plan. Since III millennium BC Garni was one of agricultural and cattle-breeding settlements of Armenia. They experts also found sepulchers and archeological materials of late Bronze Age (II millennium BC), pottery of Urartian and late Armenian period (VI-IV cc BC), as well as cuneiform, on which king Argishti proclaims Garni and nearest territories Garnian country. Before the castle there were urban settlements; the traces are hidden under constructions of medieval and modern periods. There is a medieval cemetery with delicate cross-stones and inscribed tombs.
The valley of the river Azat is mostly full of huge boulders, formed as a consequence of destructions. There is a footbridge of XIII century beside Garni village. Pagan temple Garni and Monastery Complex Havuts Tar are located on the higher part of the canyon. From Garni side the rocky peninsula is like a guitar. 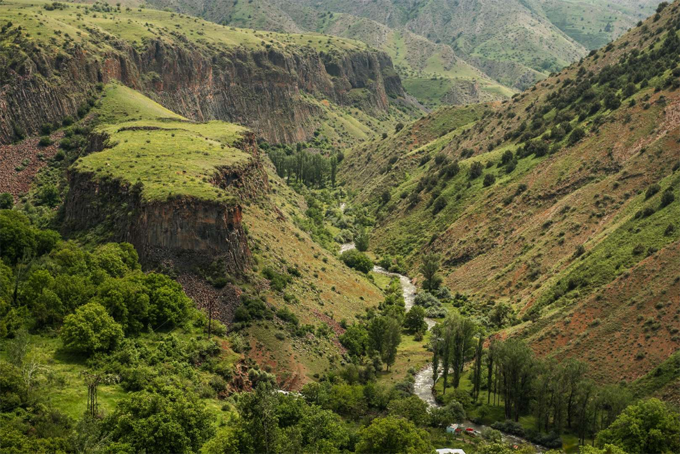 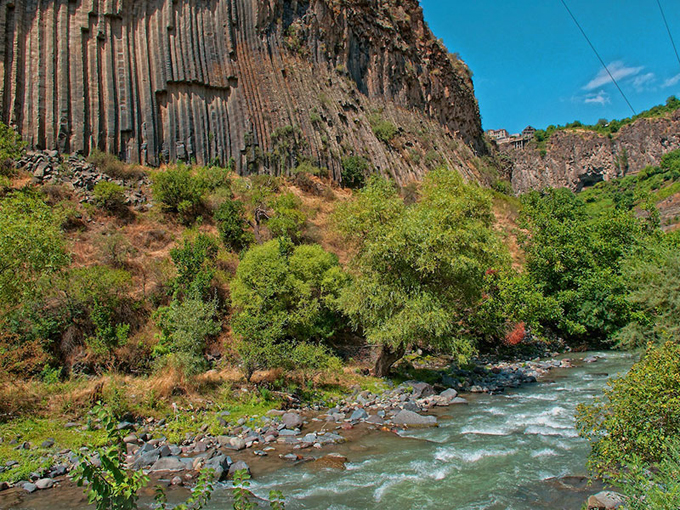 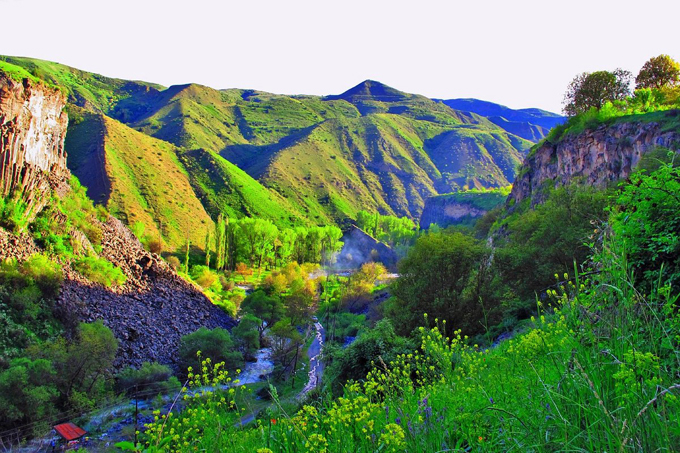