Tourists visiting Yerevan are particularly interested in the history of foundation of the city, and a great opportunity to explore it is a visit to Erebuni Fortress within Yerevan city tour.
Erebuni Fortress is located in Erebuni administrative district, on Arin-berd hill. It was founded in 782 BC, during the reign of Urartian king Argishti A. Later on the foot of the hill the eponymous city was situated.
Erebuni had strong military garrison and was a major military-strategic bridgehead. During the times of the foundation of the city, Urartian kingdom reached the highest economic, politic and military strength and dominated in Southern Asia.
From the point of city planning, Erebuni, like other cities of the time, had a simple structure. Similarity of cities of that period is: they are built on elevated located, on an inaccessible hill; powerful acropolis was high on the top. The acropolis is researched quite well at the moment, though the other structures on the territory of the hill are not. They are investigated only partially, but we can surely state that the monument has lots of secrets, discovery of which will complement and contribute to the integrity of the history of the Middle East.
The acropolis of Erebuni fortress (of triangular plan) was built of Arin-berd hill. It has convenient strategic location and is protected by strong fortress walls, which form tree rows from right side of the entrance, in the South-Eastern part. They are masterfully connected with the steep slope of the hill.
The largest structure of the acropolis is the palace; the inscription on the entrance says: “By the will of Khald (the presiding deity of Urartu Kingdom) Argishti, son of Menua, built this majestic palace.” 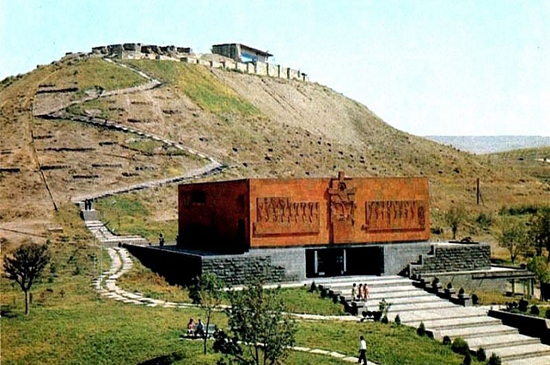 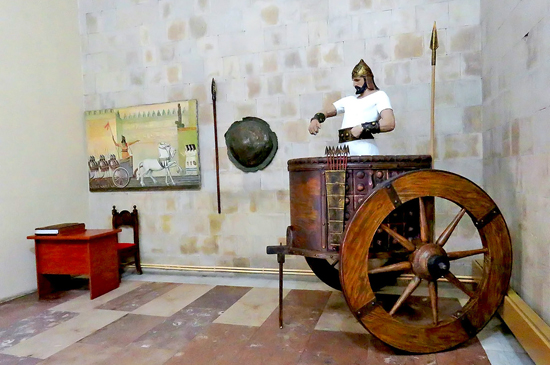 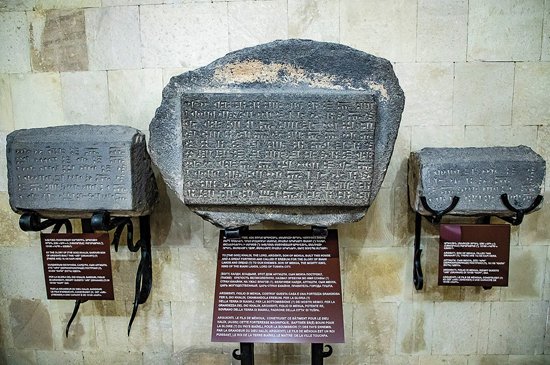 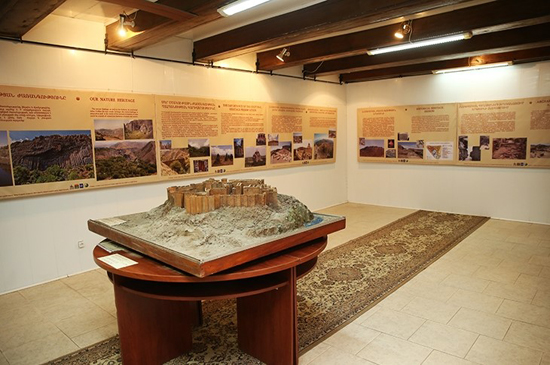 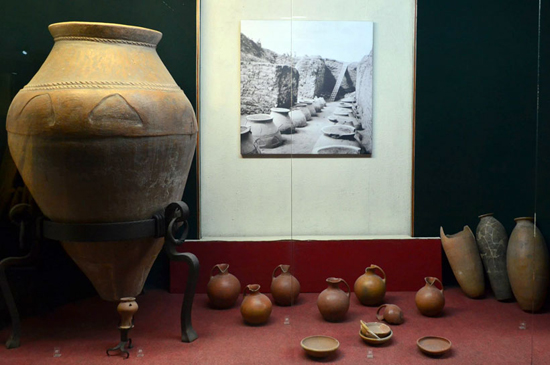