Tsitsernakaberd («Fortress of Swallows») is located on the left bank of the Hrazdan River, in the Eastern part of the city. According to the legend, a temple, dedicated to goddess of love and beauty was located here; herald swallows on the very top of the temple sent massages to her beloved Vahagn: god of strength and war.
The end of the 19th century and the beginning of the 20th were fatal to Armenian nation. Ottoman Turkey organized and accomplished massive massacre of Armenians on the state level. Turkey reached its final goal in 1915-16. During the massacre, starting from the 12th of April, 1915 we lost 1,5 Armenians…
During Soviet rule it became possible to speak out about this only in the 50-ies. In 1965, on the 50th anniversary of Armenian Genocide, by the project of architects Tarkhanyan and Kalashyanb, a memorial, dedicated to the victims of Genocide, was constructed on Tsitsernakaberd hill.
The monument consists of 2 parts. 44 meters high stele means the revival of Armenian nation. According the other version, it symbolizes Western and Eastern parts of Armenia, and even Sis and Masis (two peaks of Ararat). 12 circumferentially arranged stone slabs represent 12 Armenian settlements of Western Armenia, which are in the territory of nowadays Turkey. According to the other version, they symbolize the main 12 provinces, where the massacre took place. The fire of eternity is located in the centre of the structure.
100 meters long wall with the most prominent cities and villages (which faced the Genocide) carved on it is situated along the park of the complex. In 1995 an underground Museum of Genocide was opened in the territory of the complex; it houses information and evidences of foreigners on the fact of the events of 1915. There is a park near the museum, where foreign delegations plant trees in honor of the victims of the Genocide.
On the 24th of April, 1965 the beginning of the recognition of the Armenian Genocide was launched. Exactly on that day Soviet Armenia commemorated the victims of the Genocide for the first time. 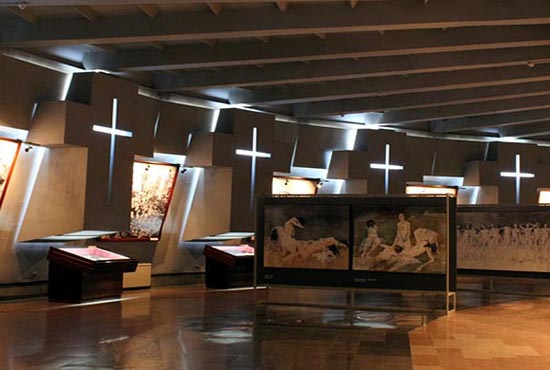 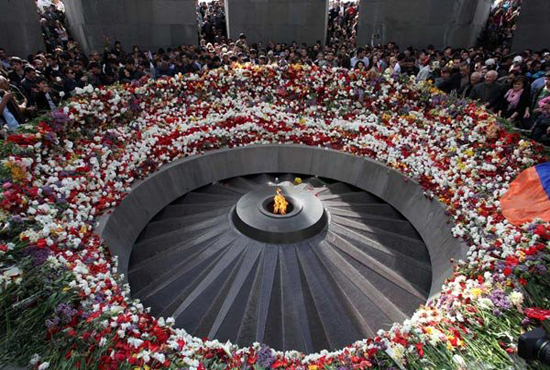 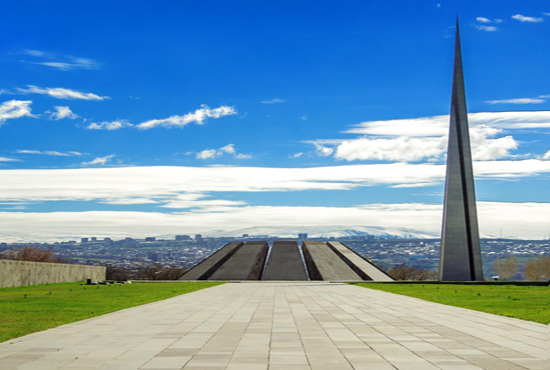 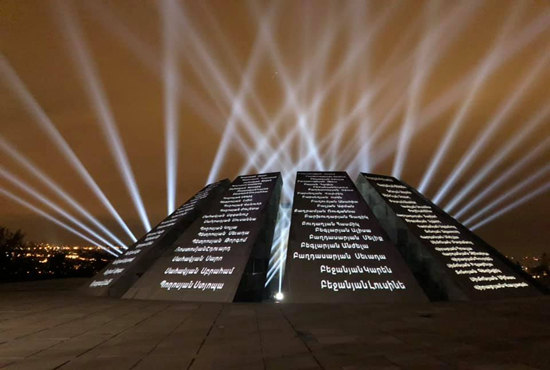 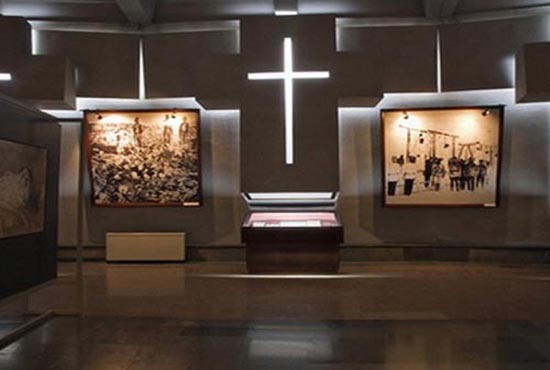