Shaki Waterfall is situated in Armenia, above Lake Shaki. The altitude is 18 m. The waterfall is located 3 km North-West of Sisian city, in gorge of the River Vorotan.
According to the legend, enemies kidnapped 93 beauties from the Gegharkuni village for their commander, who had stopped in Mughan with his army. When the caravan of captives was on the spot, ladies turned to the invader with request: “The road was long and exhausting. We got dusty and dirty. Let us have a bath in the river and then only show up to your majors.”
The invaders agreed. The ladies undressed and jumped into the River Vorotan. They sank and disappeared. Only blue-eyed lady, named Shake, swam across the river, trying to escape. The invaders managed to catch up with her, but on that very moment a rock appeared under her and the water, flowing above the rock, hid her under its foams. After that story, the waterfall and the village, where it is located were called Shaki.
The nature here is life as it is. Everyone wants to leave home for a while and breathe life, feel positive attitude and just be in the bosom of nature, forgetting about difficulties and everyday life. You can visit “Zorats Karer” on the road. 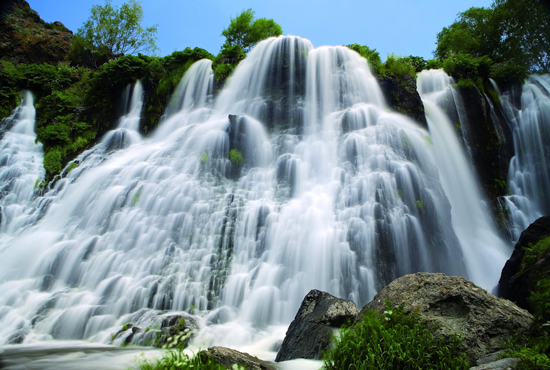 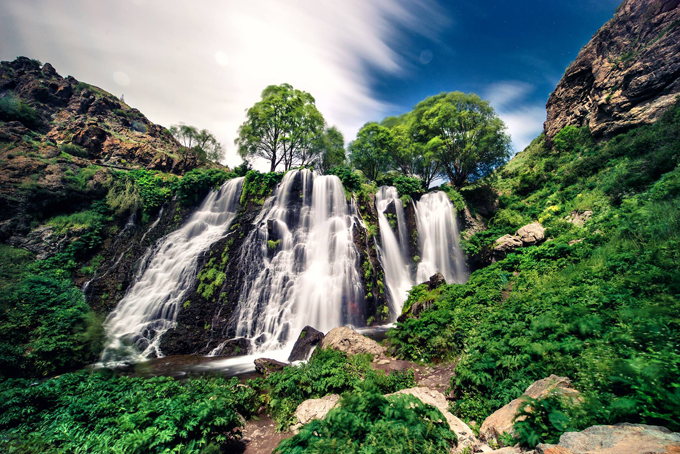 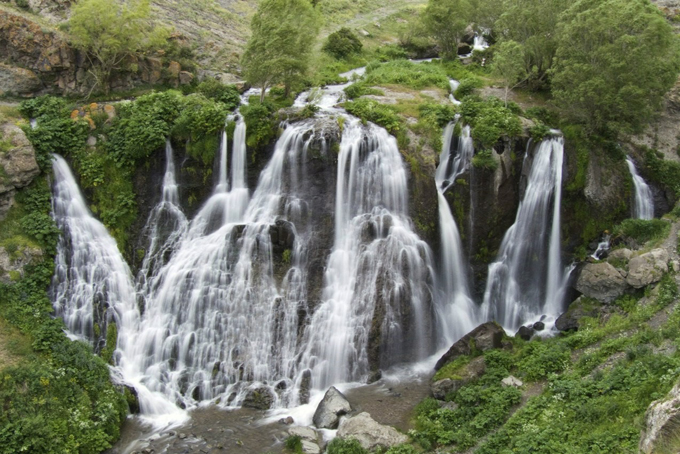