Tatev Monastery is located in Syunik Province of RA, in the South of Tatev village.
According to the preserved materials, the monastery was named after Eustache – one of St. Thaddeus’ s disciples. The monastery was founded in the 4th century; in the 5th-8th cc it was an advanced educational center; in the 8th – the residence of Syunik bishopric. The building works went on step by step: basically, from the end of the 9th century up to the beginning of the 10th century and in 17th-18th centuries.
In 895 the monastery became alarmenian cultural center, where Tatev University functioned with the efforts of Hovhan Vorotnetsi and his disciple Grigor Tatevatsi. Matenadaran (repository of manuscripts) of the monastery (10th century) stood until 1911-12, and the preserved 140 manuscripts were sent to Echmiadzin and then to Yerevan Matenadaran. In the composition of the monastery miniature school was very popular.
Besides the main constructions, in the 10th century a fluctuating obelisk(“Gavazan”) was built in the center of the park: the only construction, which was preserved after lots of earthquakes, which signifies the building mastery of Armenian architects.
The monastery fresco has it special place in the history of medieval art, especially taking into consideration the fact, the European fresco of the 10th century is almost not preserved.
All money from cable car “Tatever” goes to the “Tatev Revival” fund, which has the purpose to restore the monastery and to develop the local community. The official launch of the project took place on the 16th of October 2010 – on the opening day of the cable car.
There is a beautiful legend about the origin of the name of the monastery. When the master finished his work on the construction, he asked God to give him wings, so that he could see the magnificent beauty from the sky. God, listened to his request and made it come true. Word “tatev” is translated from Armenian as “give me wings”. Approaching the monastery you feel why it is called so. Tatev, surrounded with abysses from all sides, as if soars above the gorge. 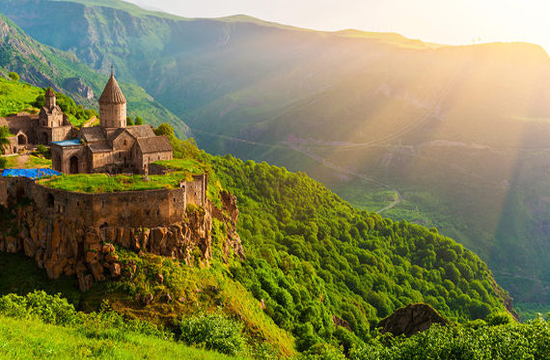 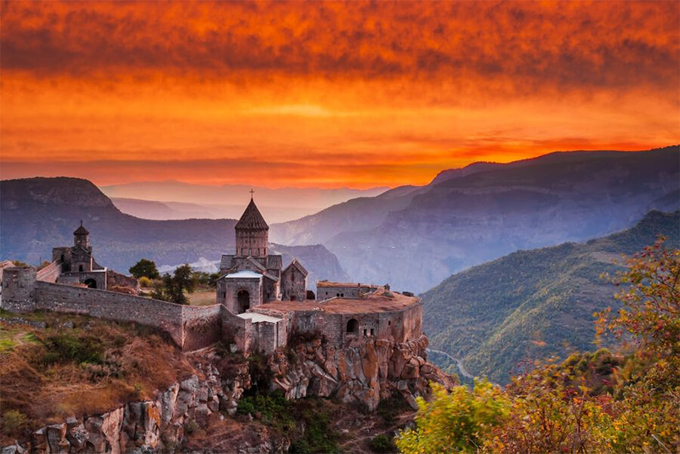 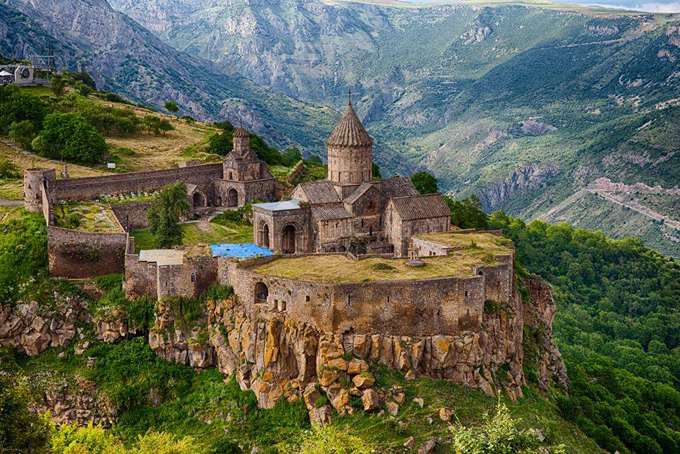 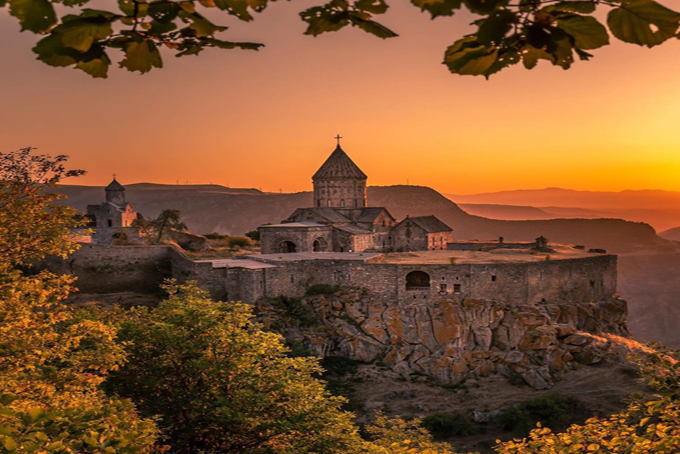