Ughtasar Mount is located on the central plateau of Syunik region RA, where an ancient settlement, rich in petroglyphs was discovered in 1968. It is located 3000-3300 m above sea level.
Petroglyphs are done with the help of stone instruments on black and grey rocks of volcanic origin. Most of them are considered to be memoirs, dedicated to dead and heroic stories. There are plenty of illustrations with flowers and animals, as well as people and geometric figures.
Simple illustration, however are, amazingly complete, telling about myths and traditions of the tribes, feelings, thoughts and beliefs, histories of ancestors and victories.
Most of the illustrations of animals are «aytskars» or «itsagirs» (semant. transl. «illustrations of mountain goat on rock»). Mountain goats are especially met in hunting scenes. They represent collective symbols of small horned animals. In rock illustrations goat plays the role of God symbol and divine spirit. Consequently, illustrations of goats can be interpreted as conception of divine strength. Today, knowing Armenian and world mythology, scientists and amateurs, are trying to get closer to the roots, that is to say, to read and decode illustrations on stones, interpret the worldview of primitive people.
Animal pictures uniquely represent movement, specific features of the certain animal. In most of the thematic petroglyphs the direct participant of the scene is a person: during hunting, in movement, with a bow, while shooting from a bow on an animal, with an arrow, very often with a rope.
Illustration art of Ughtasar impresses both artistically and semantically. They were preserved almost completely. Only few of them were damaged because of wind gusts and separated from the rock surface. Some of the illustrations, near the water sources, are covered with soil. Old Khndzoresk as well is located in Syunik region, where you can get acquainted with the way of living and thinking of primitive Armenian. 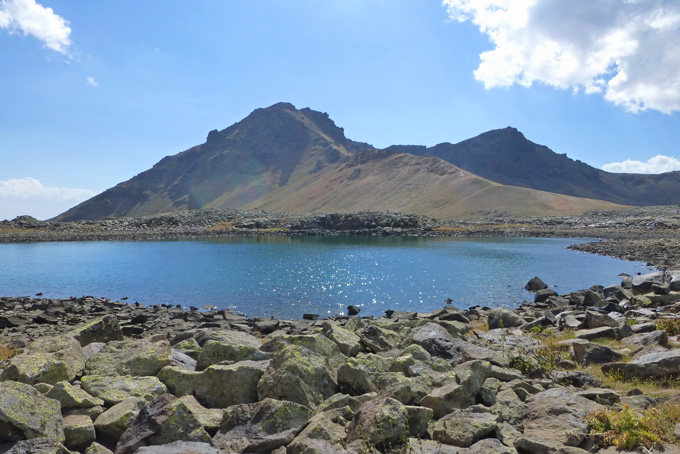 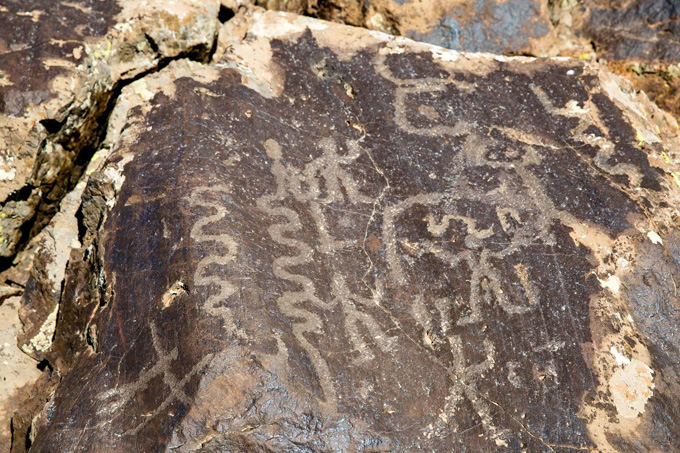 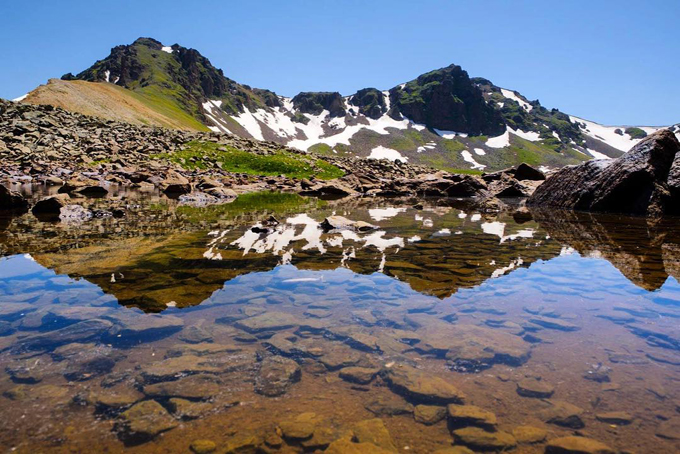 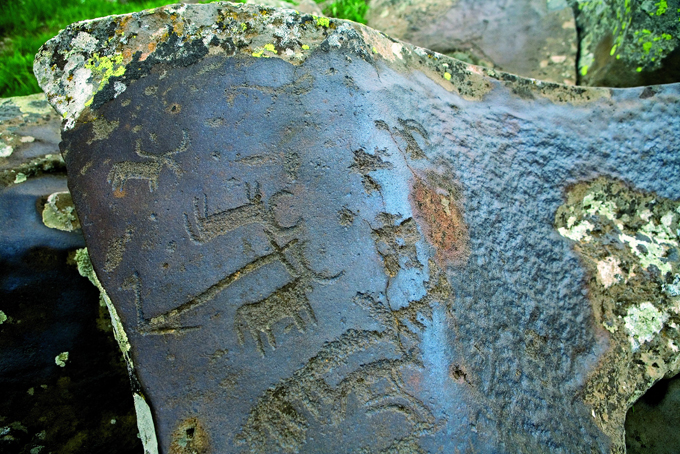