Reversible aerial tramway “Wings of Tatev” is situated in Syunik, 250 km South to Yerevan. It was built by Austrian-Swiss company Dopplemayer/Garaventa within the framework of Tatev Revival Project. The cableway, built in record 9 months, is the longest in the world (5752m) and is listed in Guinness World Record book. Each cabin accommodates 25 passengers and a guide. Bandwidth of the cableway is 200 passengers per hour. A cabin moves 37 km per hour; the traveling lasts 12 minutes. In the deep gorge, over which the cableway passes, the river Vorotan flows. The picturesque canyon holds a lot of treasures: ancient carve villages and hermitages, Neanderthals’ homes and medical springs. The famous “Devil’s Bridge” is also built above it. The road leads to monastic complex Tatev, built in 906. Here you can see the column, dedicated to the Holy Trinity; when the soil shakes, it swings. It was used to predict enemies’ attacks and know about natural disasters. The complex also includes Tatev’s University, built in 1390-1435 – the largest center of philosophical and scientific thought of medieval Armenia.
Revival of this medieval monastery is the main aim of Tatev Revival Project, in the framework of which cableway “Wings of Tatev” was built. All the means from ticket selling go to the accomplishment of the program. 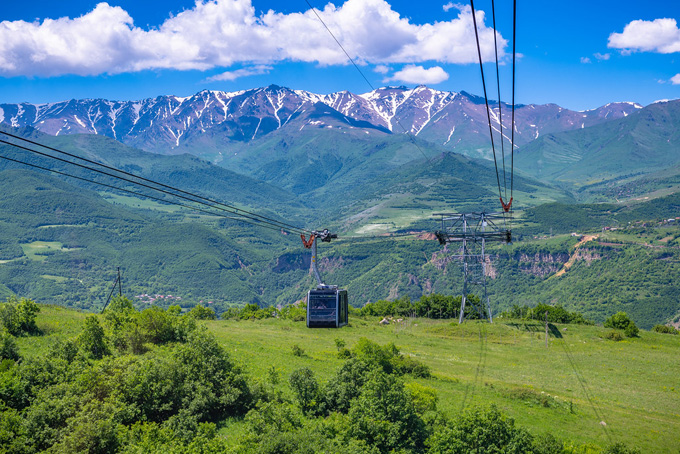 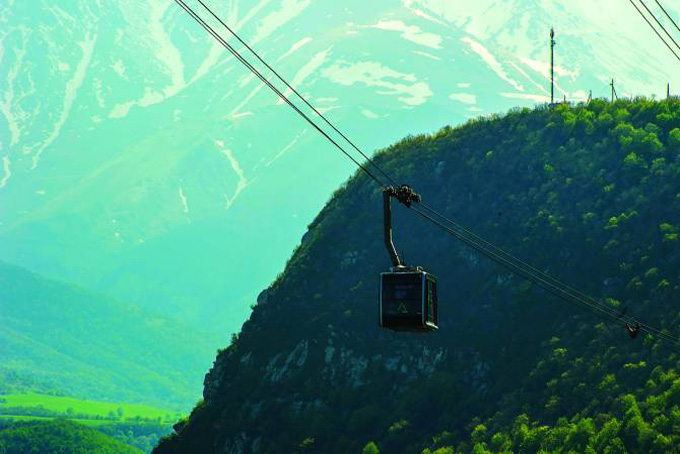 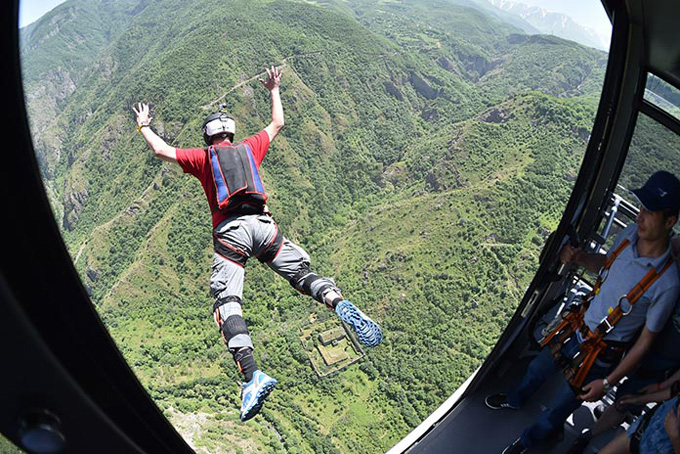 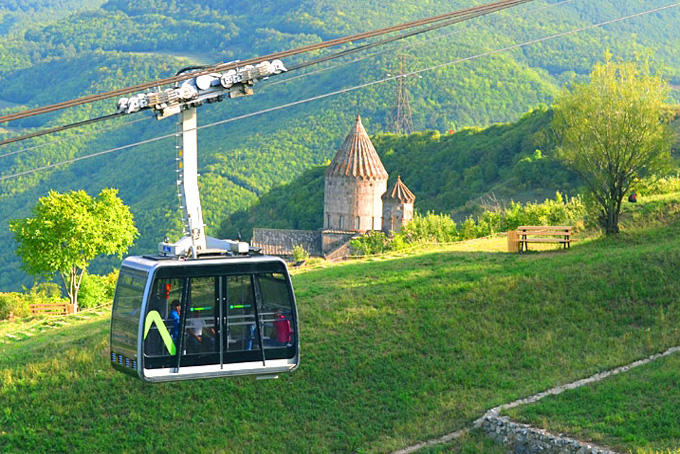 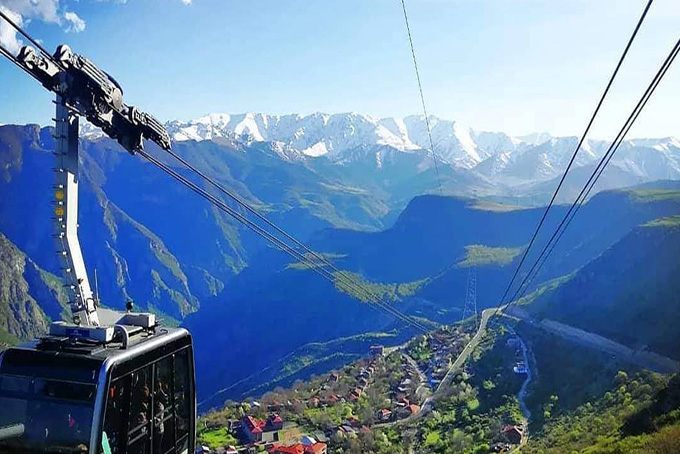